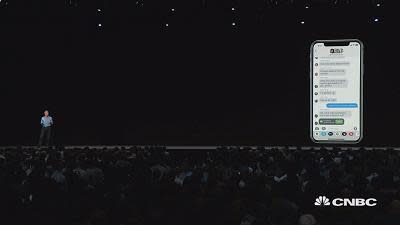 When Apple AAPL rolls out its next major iPhone and iPad update this fall, iOS 12, it will not include group FaceTime video chat , the company said.

Apple initially discussed group FaceTime during WWDC in June, where it detailed all of the new features coming to iOS 12 . Group FaceTime allows up to 32 people to video chat at the same time. It also includes support for Apple’s Animoji, so users can chat with different digital masks on their faces.

While it has been available to test in some of the earlier development versions of the software, Apple has apparently decided it isn’t ready for everyone to use.

“Group FaceTime has been removed from the initial release of iOS 12 and will ship in a future software update later this fall,” Apple said in its latest developer release of the software.

Apple typically launches the new versions of iOS in September in tandem with the introduction of new iPhone models.