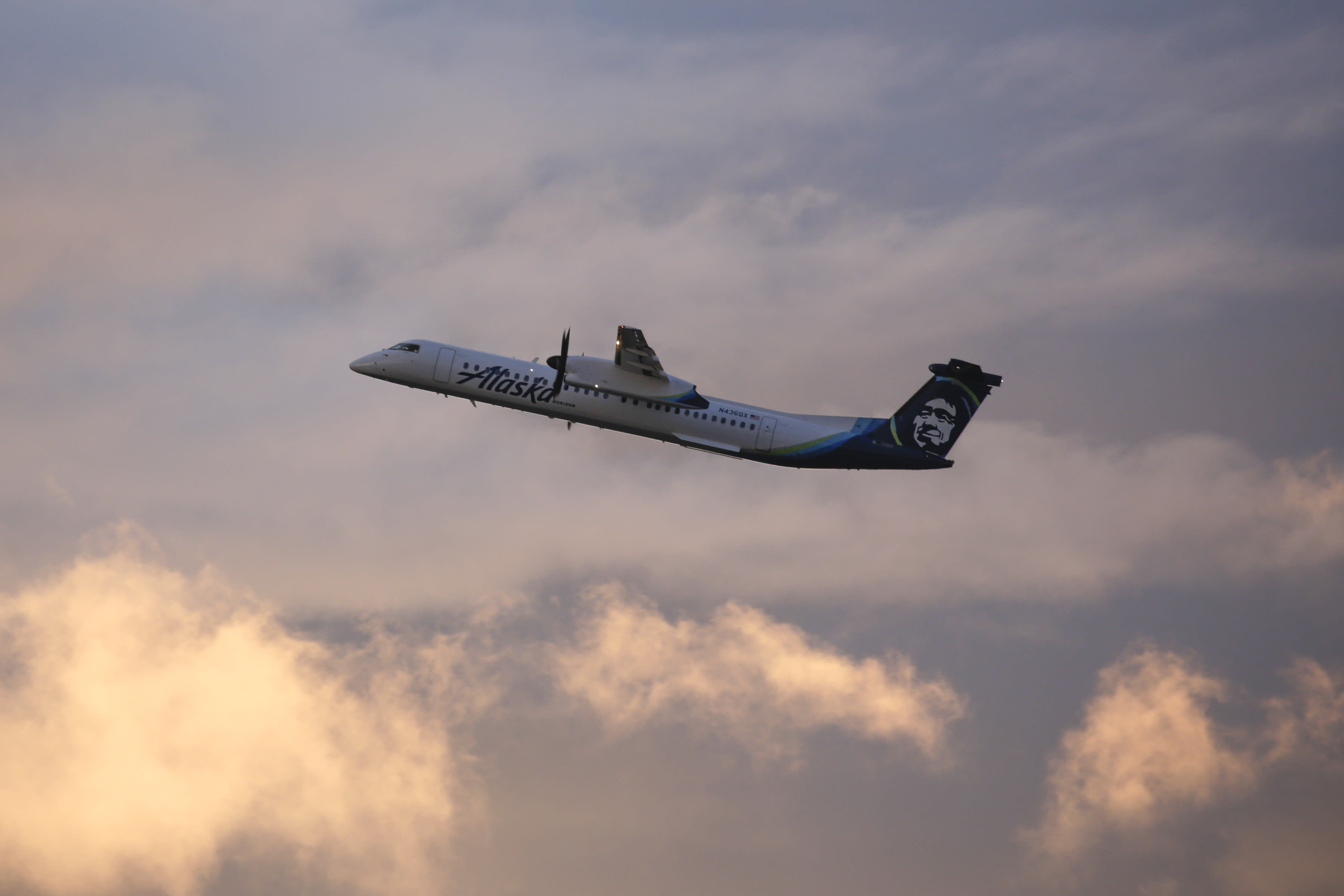 After 29-year-old airline employee Richard B. Russell stole a plane at Seattle-Tacoma International Airport on Friday night and crashed it into Ketron Island in Puget Sound, questions remain about why and how he undertook the ultimately fatal flight.

Russell, who was a ground service employee for Horizon Air and did not have a pilot’s license, took the twin-engine turboprop plane from a maintenance area where it was parked at the airport. He then flew around the area for about an hour, speaking at times with air traffic controllers and apologizing to loved ones for what he was about to do. Russell, the sole occupant during the flight, did not survive.

Audio released of Russell’s conversation with an air traffic controller suggests that he was struggling with mental health issues, but his motive for stealing the plane remains unclear. At one point during the exchange, Russell said he knew how to “put the landing gear down” but that “I really wasn’t planning on landing it.” Russel also told the controller that he was “just a broken man.”

Who was Richard Russell?

Known as “Beebo” to family and friends, Russell was in his youth a “gregarious, outgoing star athlete” at Wasilla High School in Alaska, according to The Anchorage Daily News, running track and wrestling. Although he was born in Key West, Fla. he moved to Wasilla when he was 7, according to a website he made in 2017.

He met his wife, Hannah, in 2010 in Coos Bay, Oregon “while we were both going to school,” and the couple wed one year later, Russell wrote on his website. They opened a bakery and ran it for three years before selling it in 2015 to be closer to Hannah’s family. The couple settled in Sumner, Wa., where Russell got a job at Horizon Air, a subsidiary of Alaska Air Group, so he could easily fly back to Alaska to see his own family. Russell wrote that he was pursuing his Bachelor of Social Sciences and hoped to work his way up to a management position at Horizon Air or to join the military or law enforcement.

“In this season of life we enjoy exploring as much as possible, whether it’s a day (or so) trip to one of Alaska Airlines’ destinations, or visiting a new area of Washington,” Russell wrote about himself and his wife online. “We consider ourselves bakery connoisseurs and have to try a new one every place we go.” His website is filled with photos and videos of his travels and was previously linked to his Instagram account.

Russell was active in his local community, serving as a leader at Young Life, a Christian youth ministry. “He was very, very friendly — automatically willing to bring everyone in,” Hannah Holmes, who also participates in Young Life, told The Seattle Times. “A lot of the people he was helping were troubled kids.”

Russell was well-liked by his co-workers, according to The Seattle Times. Family friend Mike Matthews read a statement from Russell’s family that said the incident was “a complete shock” to them.

“He was a faithful husband, a loving son, and a good friend,” Mike Mathews read from the statement at a press conference. “Beebo was loved by everyone because he was kind and gentle to each person he met. As the voice recording shows, Beebo’s intent was not to harm anyone and he was right in saying that there are so many people who loved him.”

Rick Christenson, who was previously an operational supervisor with Horizon Air and who watched Russell’s flight over Puget Sound, described Russell to the Times as a “quiet guy.” “It seemed like he was well-liked by the other workers,” Christenson said.

How did Russell manage to fly the plane?

Alaska Air Group CEO Brad Tilden said at a news conference Saturday that Russell worked for Horizon Air for four years and was on the clock and in uniform when he stole the twin-engine turboprop plane, which was parked in a cargo lot at the time. Tilden said that air traffic control was immediately aware that Russell’s take off in the aircraft was an “unauthorized departure.”

Russell had no formal training as a pilot and did not have his pilot’s license. But he mentioned “video games” during his recorded conversation with air traffic control, which some have taken as a reference to flight simulator software.

Gary Beck, CEO of Horizon Air, told The Seattle Times it was impressive that Russell pulled off “incredible maneuvers” like a barrel roll with no flying experience. “Commercial aircraft are complex machines,” he said. “So I don’t know how he achieved the experience that he did.”

A Port of Seattle official, Mike Pohl, said that Russell used an airport tractor to pull the parked plane onto a runway, which he would have known how to do, as part of his job in ground service was towing airplanes. “The individual did use a pushback tractor to rotate the aircraft 180 degrees so he could then taxi the aircraft,” Pohl said at the news conference Saturday.

Russell took the Bombardier Dash 8 Q400 turboprop from the northeast corner of the airport, according to the Times. The plane was grounded for the night after returning from Victoria, B.C., which was its final scheduled flight of the day. A pair of F-15C jets were scrambled in response to Russell’s flight before he crashed one hour and 15 minutes after takeoff.

If you or someone you know may be contemplating suicide, call the National Suicide Prevention Lifeline at 1-800-273-8255.