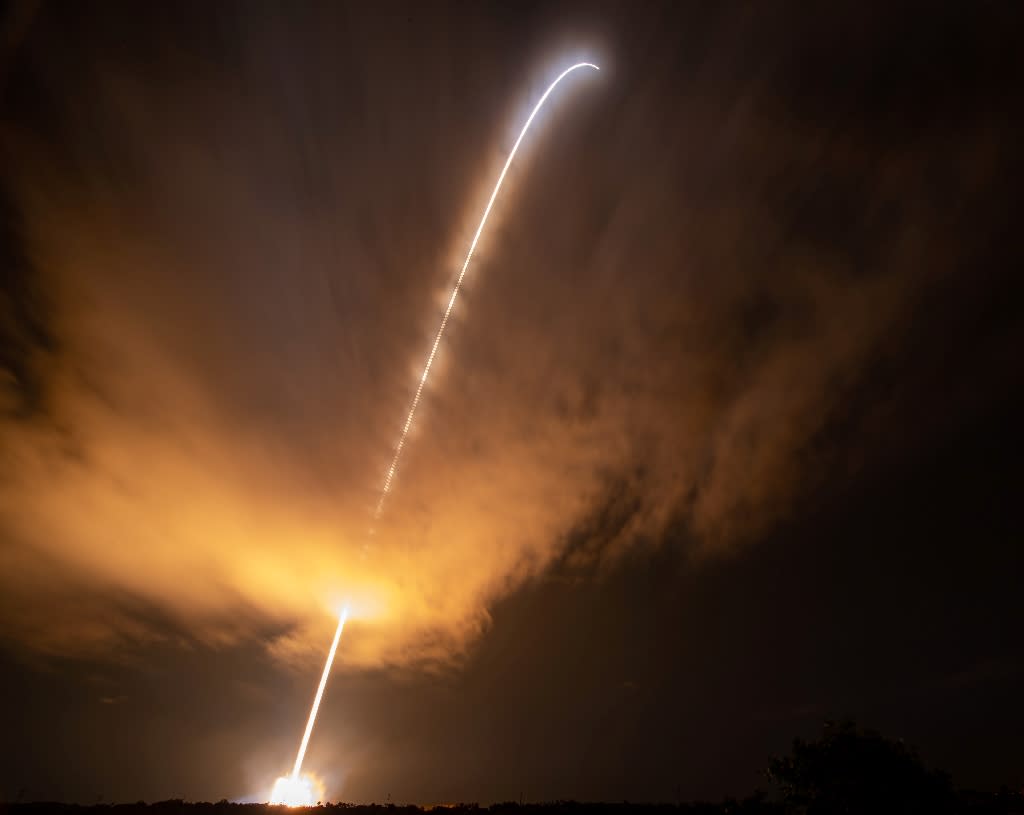 Tampa (AFP) – NASA on Sunday blasted off its first-ever spaceship to explore the Sun, the $1.5 billion Parker Solar Probe, on a strategic mission to protect the Earth by unveiling the mysteries of dangerous solar storms.

The launch of the car-sized probe aboard a massive Delta IV-Heavy rocket lit the night sky at Cape Canaveral, Florida at 3:31 am (0731 GMT).

The unmanned spacecraft’s mission is to get closer than any human-made object ever to the center of our solar system, plunging into the Sun’s atmosphere, known as the corona, during a seven-year mission.

The probe is guarded by an ultra-powerful heat shield that can endure unprecedented levels of heat, and radiation 500 times that experienced on Earth.

That will make it the fastest ever human-made object, speedy enough to travel from New York to Tokyo in one minute.

“We’ve accomplished something that decades ago, lived solely in the realm of science fiction,” he added, describing the probe as one of NASA’s “strategically important” missions.

NASA has billed the mission as the first spacecraft to “touch the Sun.”

In reality, it should come within 3.83 million miles (6.16 million kilometers) of the Sun’s surface, close enough to study the curious phenomenon of the solar wind and the Sun’s atmosphere, known as the corona, which is 300 times hotter than its surface.

Scientists hope this close encounter will give them a better understanding of solar wind and geomagnetic storms that risk wreaking chaos on Earth by knocking out the power grid.

These poorly understood solar outbursts could potentially wipe out power to millions of people.

A worst-case scenario would cost up to two trillion dollars in the first year alone and take a decade for full recovery, experts say.

“The Parker Solar Probe will help us do a much better job of predicting when a disturbance in the solar wind could hit Earth,” said Justin Kasper, a project scientist and professor at the University of Michigan.

Knowing more about the solar wind and space storms will also help protect future deep space explorers as they journey toward the Moon or Mars.

The sunlight is expected to heat the shield to just around 2,500 degrees Fahrenheit (1,371 degrees Celsius).

Yet the inside of the spacecraft will stay at just 85 degrees Fahrenheit.

The probe is set to make 24 passes through the corona, collecting data.

“We are ready. We have the perfect payload. We know the questions we want to answer.”

The spacecraft is the only NASA probe in history to be named after a living person — 91-year-old solar physicist Eugene Parker, who first described the solar wind in 1958.

Parker watched the launch at Cape Canaveral, and said it was his first time seeing a rocket blast off in person.

“All I have to say is wow, here we go. We are in for some learning over the next several years,” Parker told NASA television.

Scientists have wanted to build a spacecraft like this for more than 60 years, but only recently did the heat shield technology capable of protecting sensitive instruments become available.

Tools on board will measure high-energy particles associated with flares and coronal mass ejections, as well as the changing magnetic field around the Sun.

The first launch attempt on Saturday was postponed at the last minute due to technical problem related to a helium gas sensor on the rocket.