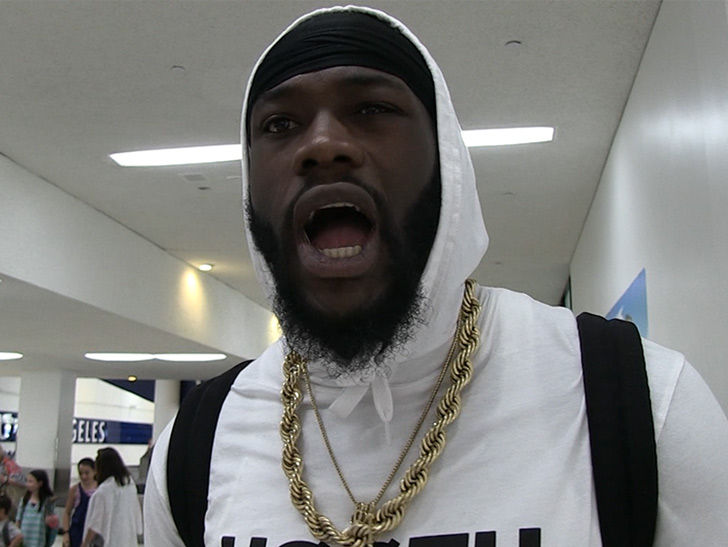 Wilder and Joshua are the two biggest names in boxing right now … and both Joshua and his promoter, Eddie Hearn, have told us recently a superfight between the two WILL happen.

But, now Wilder is throwing the brakes on all that talk … telling us Joshua really DOESN’T want to make the fight work.

“These guys have lied about so much stuff it’s crazy,” Wilder says.

“Everyone knows who tried to make the fight, who really wanted to fight. A blind man could see the situation with this, and we’re done with it.”

Deontay says he’s moving on and solely focusing on his next fight — a November bout with Tyson Fury in Vegas.

BUT … Deontay does tell us he’s going to knock Fury out early in the night … soooo, the possibility for the superfight WOULD still be alive after that.