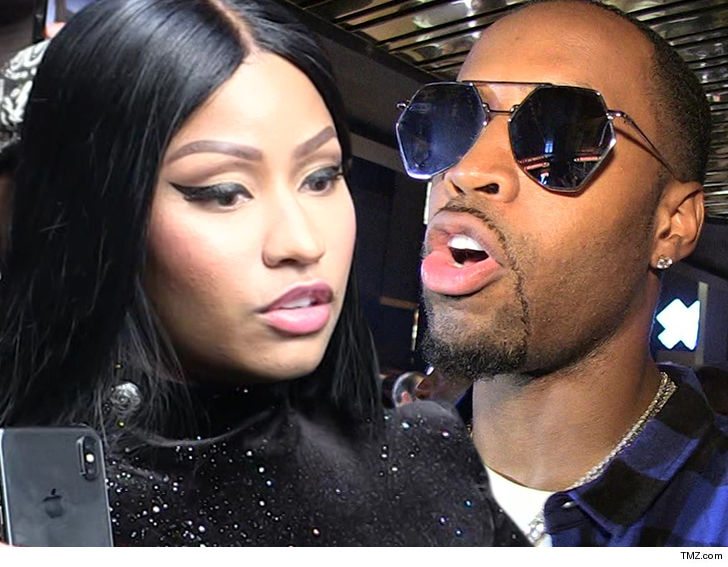 Safaree claims Nicki Minaj went after him with a knife, stabbing him so severely he went to the hospital by ambulance … but she says he’s a liar.

Safaree, who broke up with Nicki in 2014, just tweeted, “Remember the night you cut me and i almost died the police and ambulance had to take me out the crib on a stretcher and I had to lie and tell them I was trying to kill myself so they wouldn’t take you to jail.”

Nicki fired back, “U stole my card & told me you thought it was an account with ‘free money’ that I didn’t know about. On God. God will strike you down & more for lying.”

We’ve actually seen a video back in 2014 that shows Nicki chasing Safaree with a knife.