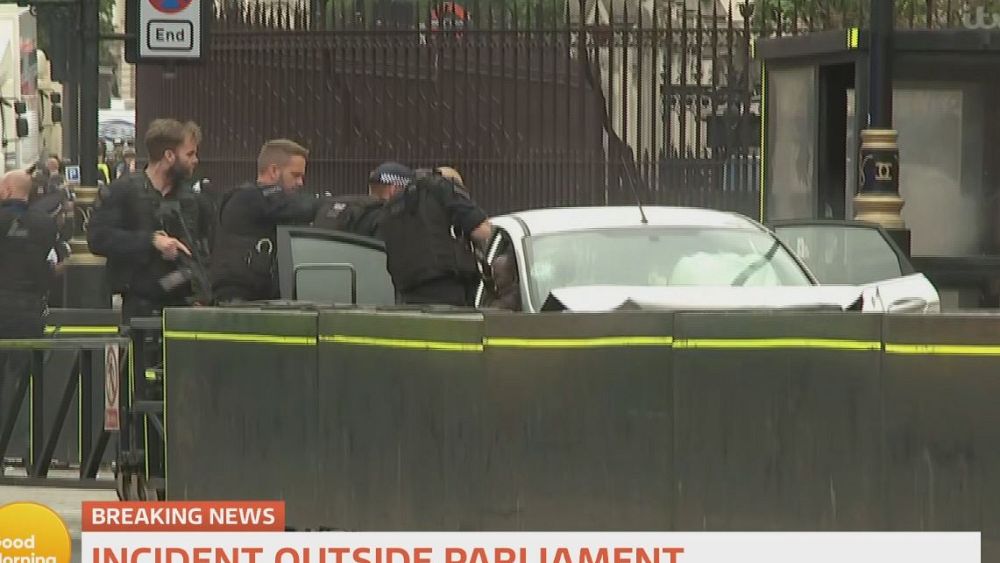 LONDON — Dozens of police officers swooped on a car that crashed into security barriers outside the Houses of Parliament in London during the morning rush hour Tuesday. Police said “a number of pedestrians” were hurt.
The male driver was arrested at the scene.

Steam was seen rising from the engine of silver sedan after it hit the protective blocks that surround the building.

The incident happened at the same location as the March 2017 terror attack that killed five people.

This is a breaking news story. Please check back for updates.