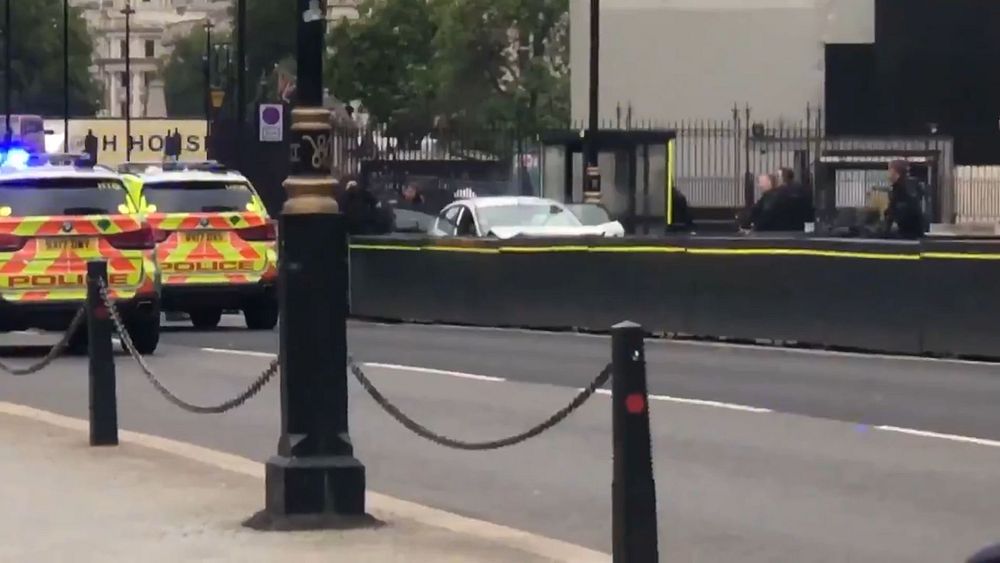 A car has smashed into barriers surrounding the UK parliament in London, injuring two passers-by pedestrians.
Video captured by Euronews correspondent Vincent McAviney showed the light-coloured vehicle, its bonnet crumpled in the road. A man was dragged from the car by police and arrested.

It is unclear how the incident came about London Ambulance Service said two people had been treated for injuries that were not believed to be serious.

“The car did not have any registration plate. The car drove at speed into the barriers outside the House of Lords. There was a loud bang from the collision and a bit of smoke.