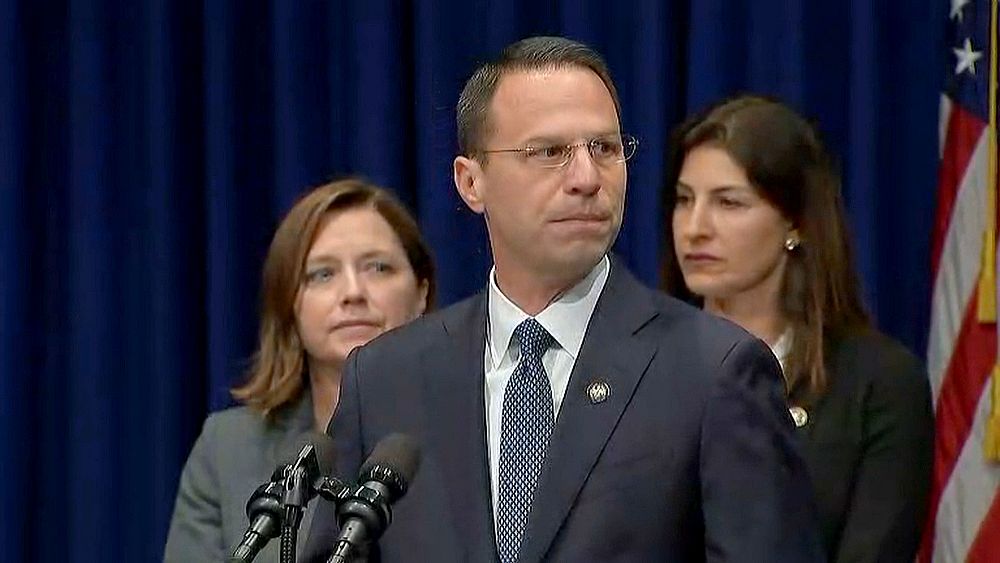 A scathing Pennsylvania grand jury report released Tuesday reveals decades of child abuse allegations against more than 300 accused “predator priests” as well as claims that Roman Catholic Church leaders covered up the crimes and obstructed justice in order to avoid scandal.
More than 1,000 child victims were identifiable from the church’s own records, according to the report.

“We believe that the real number — of children whose records were lost, or who were afraid ever to come forward — is in the thousands,” the grand jury said in the report released Tuesday afternoon.

“Today, Pennsylvanians can learn the extent of sexual abuse in the dioceses and for the first time we can begin to understand the systematic cover up by church leaders that followed,” Pennsylvania Attorney General Josh Shapiro said at a news conference in Harrisburg Tuesday, the deadline set by the state’s Supreme Court for the release of the 884-page report with some of the names of the accused clergy temporarily redacted.

“Let me be very clear my office is not satisfied with the release of a redacted report, every redaction represents an incomplete story of abuse that deserves to be told,” he added.

The report, which was the result of a roughly two-year investigation, had remained under seal during pending court challenges from clergy. Clergy members had until last week to seek to have their names redacted from the long-anticipated report.

Victims and survivors of child sexual abuse within the church were to be in attendance.

The investigation spans the Allentown, Erie, Greensburg, Harrisburg, Pittsburgh and Scranton dioceses. Some of the dioceses had already released the names of clergy members accused of child abuse ahead of Tuesday’s announcement.

Pennsylvania’s Supreme Court had agreed to consider claims from priests that the report is inaccurate and releasing it with identifying information would violate their constitutional rights and set oral arguments for the issue in September, according to Shapiro.

And at the end of last month, a priest with the Greensburg Diocese, Rev. John Sweeney, pleaded guilty to sexually molesting a 10-year-old boy. Sweeney was the first priest convicted as a result of the grand jury and a priest in Erie has pending charges, but the state’s statute of limitations for child abuse charges could prevent some prosecutions, especially with many of the allegations going back decades.

“As a consequence of the cover-up, almost every instance of abuse we found is too old to be prosecuted,” the grand jury wrote in the report. “But that is not to say there are no more predators.”