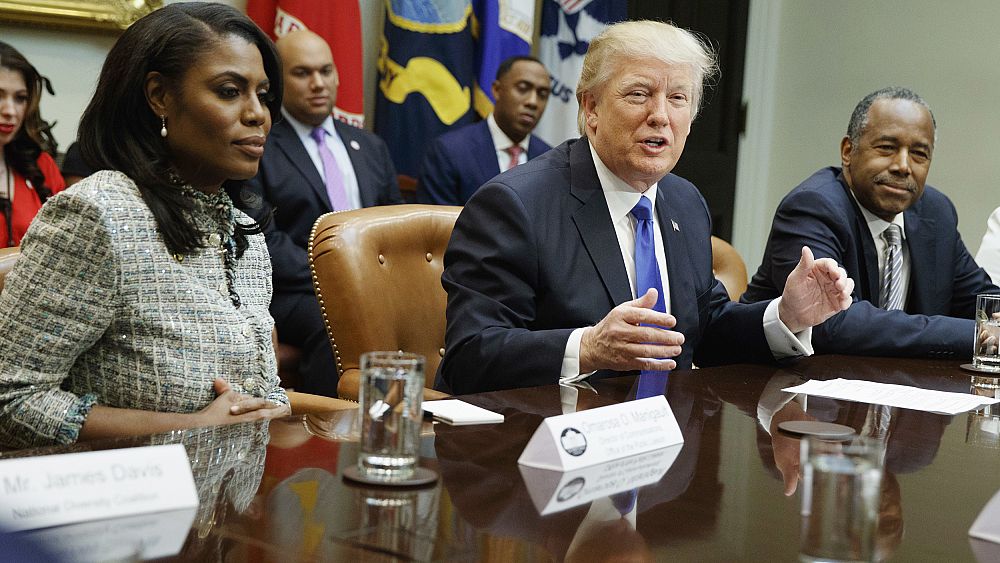 President Donald Trump continued his nasty Twitter broadside against Omarosa Manigault Newman on Tuesday, insulting his former White House aide as a “dog.”
In a tweet, Trump also called Newman — who over the prior two days had provided to NBC audio recordings made in the White House of Trump and his Chief of Staff John Kelly — “crazed” and a “lowlife.”

“When you give a crazed, crying lowlife a break, and give her a job at the White House, I guess it just didn’t work out,” Trump wrote. “Good work by General Kelly for quickly firing that dog!”

The insult picks up where Trump left off on Monday, when he used Twitter to call Newman “wacky” and “vicious but not smart” and said “people in the White House hated her.” He called her “nasty,” claimed she constantly missed work and said Kelly had told him she was a “loser” and “nothing but problems.”

His tweet Tuesday were timed with the release of Manigault Newman’s book, “Unhinged: An Insider’s Account of the Trump White House,” in which she slammed Trump as racist and in mental decline.