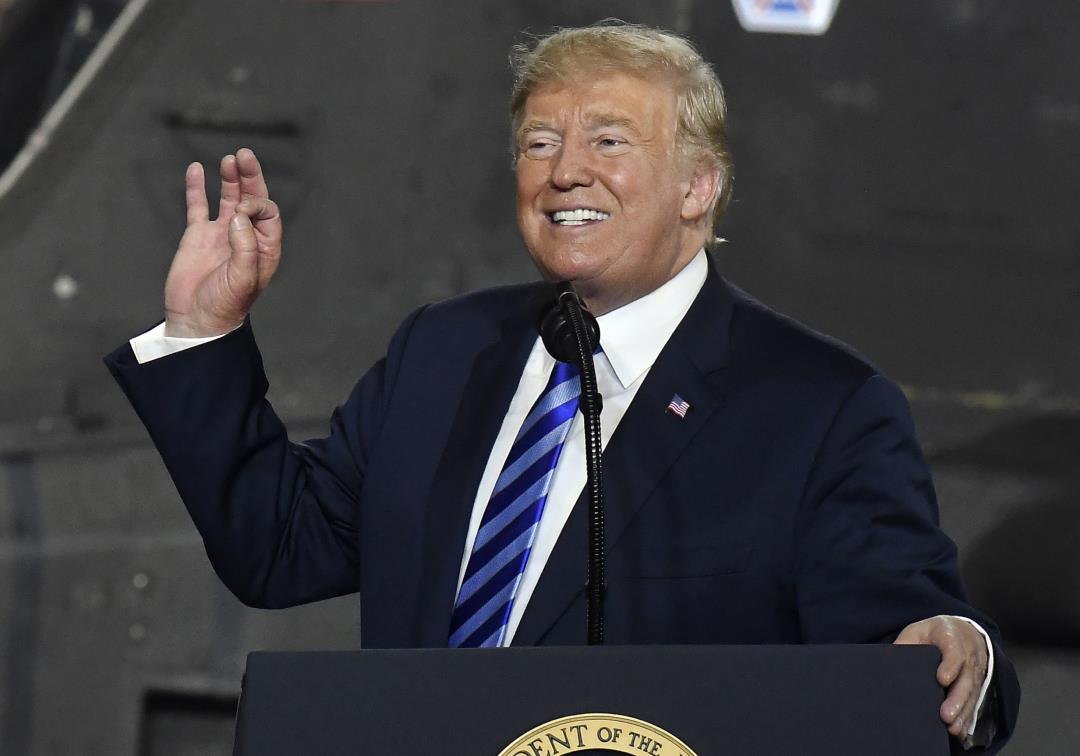 (Newser) – President Trump on Monday signed a $716 billion defense policy bill named for John McCain but included no mention in his remarks of the Republican senator, who is battling brain cancer at home in Arizona. Trump said there was “no better place than right here at Fort Drum,” New York to celebrate passage of the defense bill, which will boost military pay by 2.6%, giving service members their largest increase in nine years. The bill—formally the John S. McCain National Defense Authorization Act but referred to by Trump as simply the National Defense Authorization Act—will introduce thousands of new recruits to active duty, reserve, and National Guard units and replace aging tanks, planes, ships, and helicopters with more advanced and lethal technology, Trump said.

Trump, who has been feuding with McCain for years praised other Republican members of Congress in his speech. The bill authorizes billions of dollars for military construction, including family housing. Besides setting policy and spending levels, the bill weakens a bid to clamp down on Chinese telecom company ZTE. It allows Trump to waive sanctions against countries that bought Russian weapons and now want to buy US military equipment, the AP reports. The bill provides no money for Trump’s requested Space Force but authorizes the military parade he wants in Washington in November. In a statement Monday, McCain expressed pride in the bill, saying he was “humbled” Congress chose to designate it in his name.