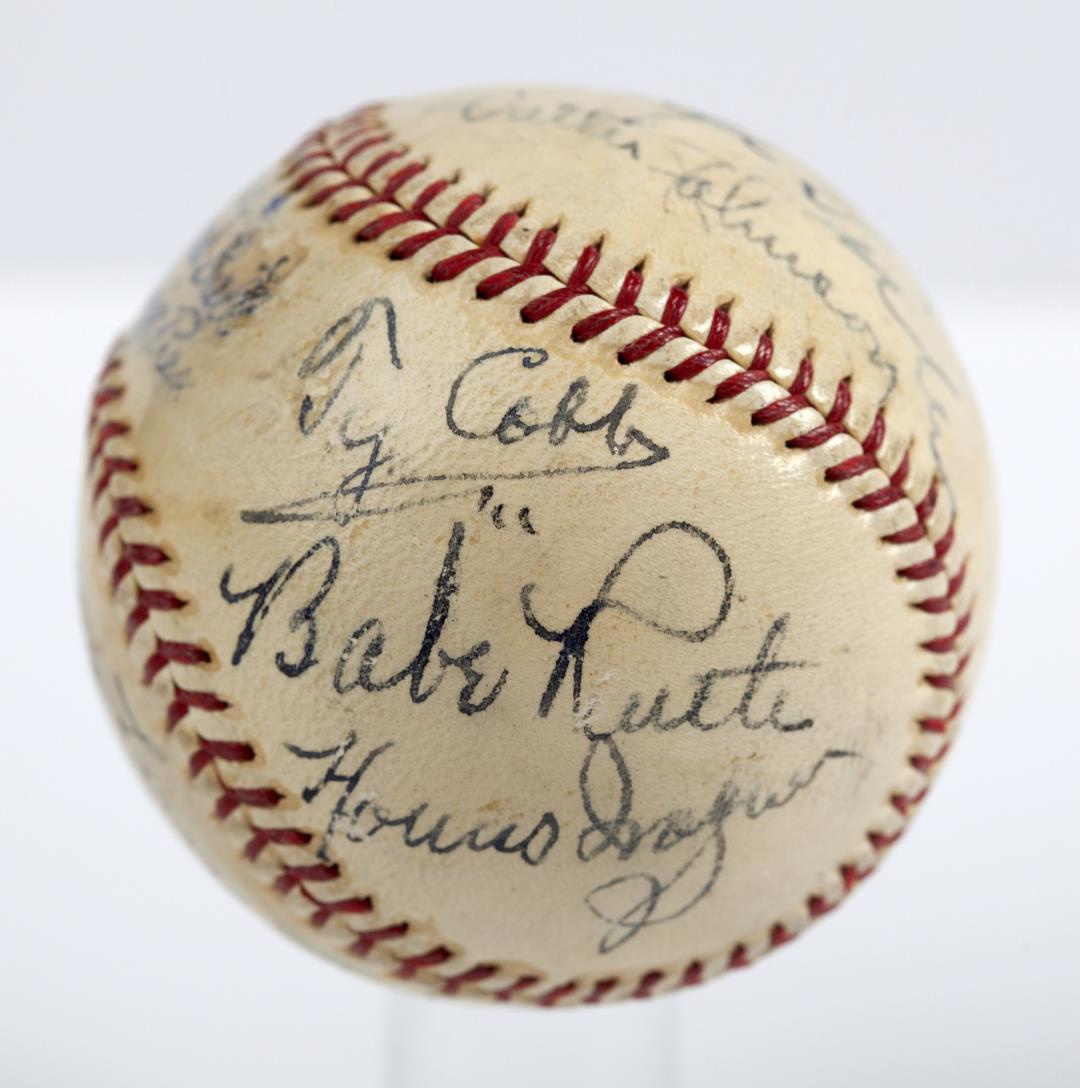 (Newser) – How could a baseball artifact possibly top a ball signed by both Babe Ruth and Lou Gehrig? How about a ball signed by Babe Ruth, Honus Wagner, Ty Cobb, Cy Young, Tris Speaker, George Sisler, Walter Johnson, Connie Mack, Nap Lajoie, Eddie Collins, and Pete Alexander, on the day they all entered the Baseball Hall of Fame? Such a ball just sold for $623,369, SCP auctions said Monday. That crushes the record of $345,000 for a signed baseball, set in 2013 for a Ruth-Gehrig ball, reports the AP. The only living original inductee who didn’t sign the ball was Lou Gehrig, who on that day was headed to the Mayo Clinic where he’d be diagnosed with ALS, the disease that would end his career, take his life, and unofficially bear his name.

It was on June 12, 1939, that the Baseball Hall of Fame first opened its doors, though it had been choosing members for three years by then. Most were already dead. Marv Owen, the star third baseman then playing for the Chicago White Sox, was in Cooperstown, NY, to play in an exhibition. His former teammate Hank Greenberg was also there, and had brought along two balls for the inductees to sign, but was too bashful to ask them. Owen wasn’t, and got all 11 to sign. He kept one for himself and gave the other to Greenberg. “With autographed balls, very few can you trace to the point of origin, the point of signing,” said Dan Imler, vice president of SCP Auctions. “It’s incredible.” Owen put his ball in a safe-deposit box, and his family kept it until 1997, when it sold for $55,000. Greenberg’s ball has been lost to history.