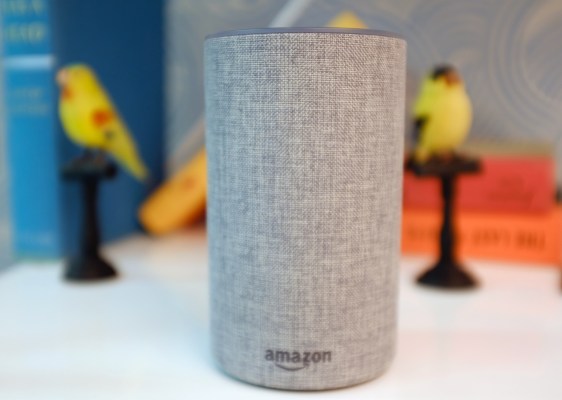 It seems Amazon didn’t know what it had on its hands when it released the first Echo in late-2014. The AI-powered speaker formed the foundation of the next been moment in consumer electronics. Those devices have helped mainstreaming consumer AI and open the door to wide scale adoption of connected home products.

New numbers from NPD, naturally, don’t show any sign of flagging for the category. According to the firm, the devices are set for a 50-percent dollar growth from between 2016-2017 to 2018-2019. The category is projected to add $1.6 billion through next year.

The Echo line has grown rapidly over the past four years, with Amazon adding the best-selling Dot and screen enabled products like the Spot and Show. Google, meanwhile, has been breathing down the company’s next with its own Home offerings. The company also recently added a trio of “smart displays” designed by LG, Lenovo and JBL.

A new premium category has also arisen, led by Apple’s first entry into the space, the HomePod. Google has similarly offered up the Home Max, and Samsung is set to follow suit with the upcoming Galaxy Home (which more or less looks like a HomePod on a tripod).

As all of the above players were no doubt hoping, smart speaker sales also appear to be driving sales of smart home products, with 19 percent of U.S. consumers planning to purchase one within the next year, according to the firm.