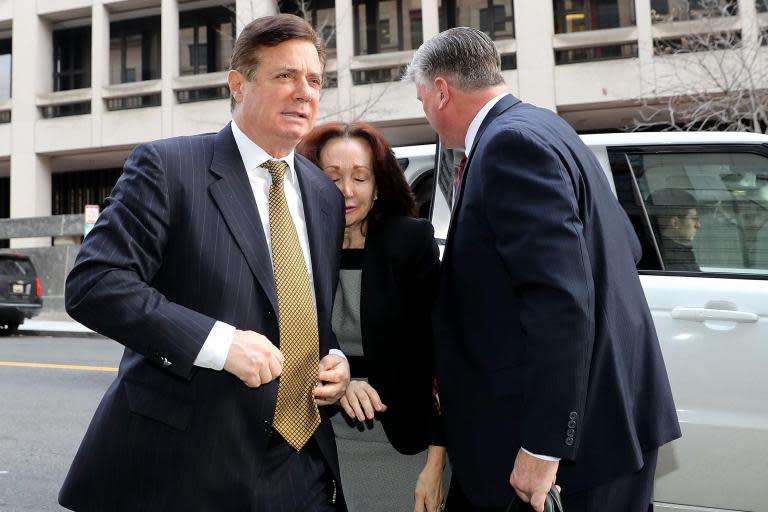 Mr Manafort’s trial on several counts of tax evasion and bank fraud will like see the jury head out for deliberations on Wednesday, after his legal team did not call any witnesses to the stand in the federal court in Alexandria, Virginia.

Mr Manfort decided not to testify in what is the first trial related to the FBI investigation led by special counsel Robert Mueller, of Russian election meddling and possible collusion between Mr Trump’s 2016 campaign team and Russian officials.

Mr Manafort’s charges are not directly related to his work on the campaign, but Mr Mueller and the prosecution have alleged some of the fraudulent activity occurred while Mr Manafort served as the chairman.

Mr Manafort is accused, among other things, of hiding millions of dollars in more than 30 overseas bank accounts which he did not report on his personal taxes.

His lawyers have repeatedly attacked Mr Manafort’s campaign deputy and longtime business partner Rick Gates, claiming it was he who was responsible for the account management.

Mr Gates had pleaded guilty to the counts outlined in the October 2017 indictment and said to be cooperating with Mr Mueller’s team.

Please allow a moment for the live blog to load.