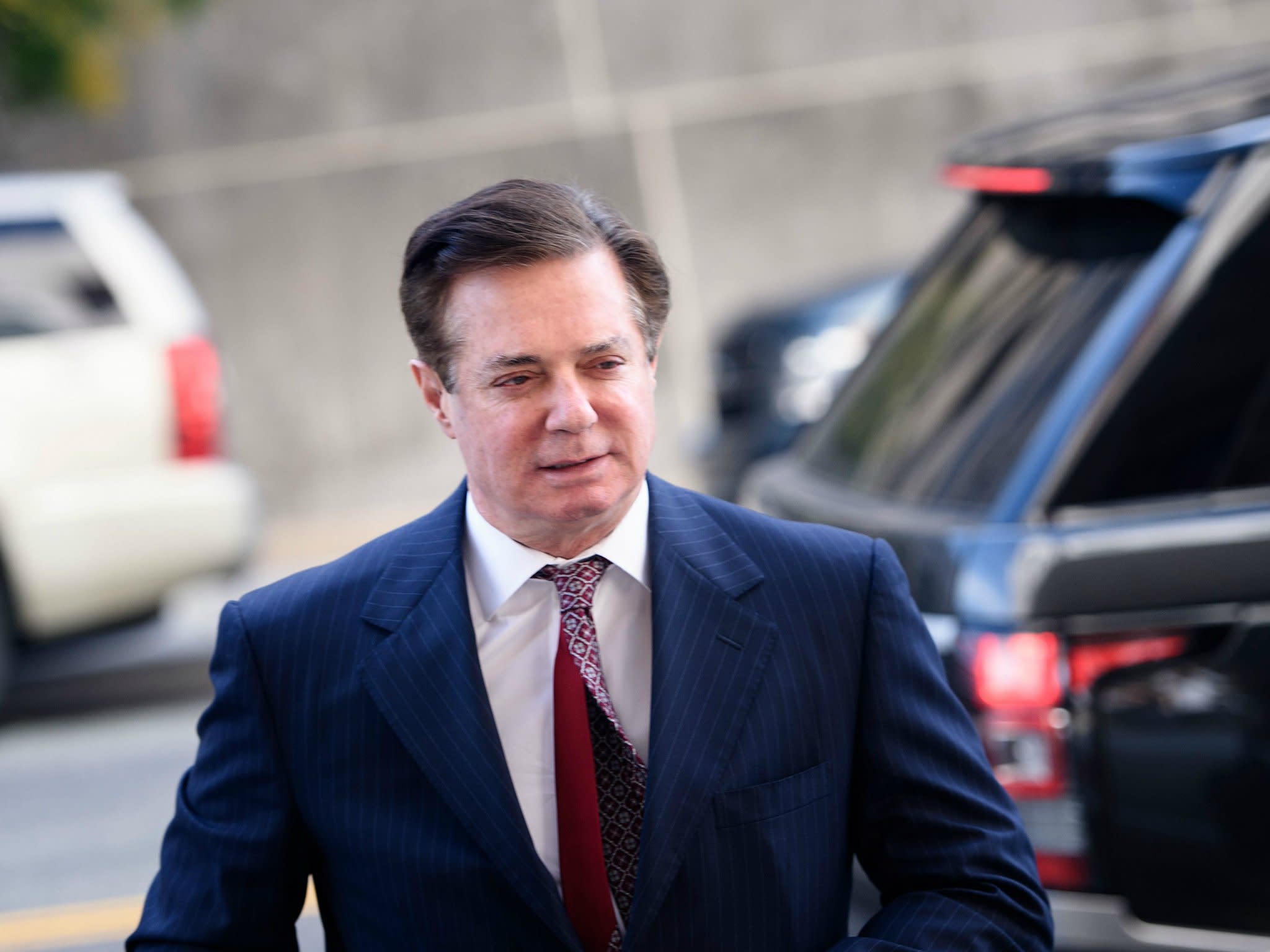 Prosecutors have rested their case against former Donald Trump campaign chairman Paul Manafort after 10 days of testimony alleging how he avoided taxes on at least $16 million of income and lied to banks to maintain an extravagant lifestyle once his work for pro-Kremlin politicians in Ukraine dried up.

More than two dozen witnesses painted a picture of Mr Manafort, 69, as a lavish spender with little regard for the law. The prosecution allege that Mr Manafort stashed his money from his political consulting work in 31 undisclosed offshore bank accounts, and skirted taxes on that income by wiring it directly to vendors to snap up real estate, bespoke suits, cars and antique rugs. Mr Manafort denies all charges against him.

It is unclear whether Mr Manafort’s lawyers will call any witnesses, and legal experts say it is highly unlikely that Mr Manafort himself will take the stand. Closing statements could take place as early as Tuesday, after which the 12-person jury will begin deliberating.

The trial was in its 10th day in federal court in Alexandria, Virginia. The case arose from Special Counsel Robert Mueller’s investigation of Russian meddling in the 2016 U.S. presidential election.

One of the last witnesses for the prosecution was James Brennan, an executive at Federal Savings Bank, which extended $16 million in loans to Mr Manafort.

Mr Brennan said bank president Javier Ubarri made an initial decision to reject a $9.5 million loan on Mr Manafort’s Hampton estate, but bank CEO Steve Calk overruled it. “It closed because Mr Calk wanted it to close,” Mr Brennan said about the loan.

Mr Brennan, asked about whether the bank made money from lending to Mr Manafort, said the bank has written off the loans and “took a hit” of $11.8 million.

Prosecutors contend Mr Manafort hid a significant portion of the approximately $60 million he earned as a consultant for pro-Russian politicians in Ukraine, then lied to borrow millions more

Please wait a moment for the live blog to load