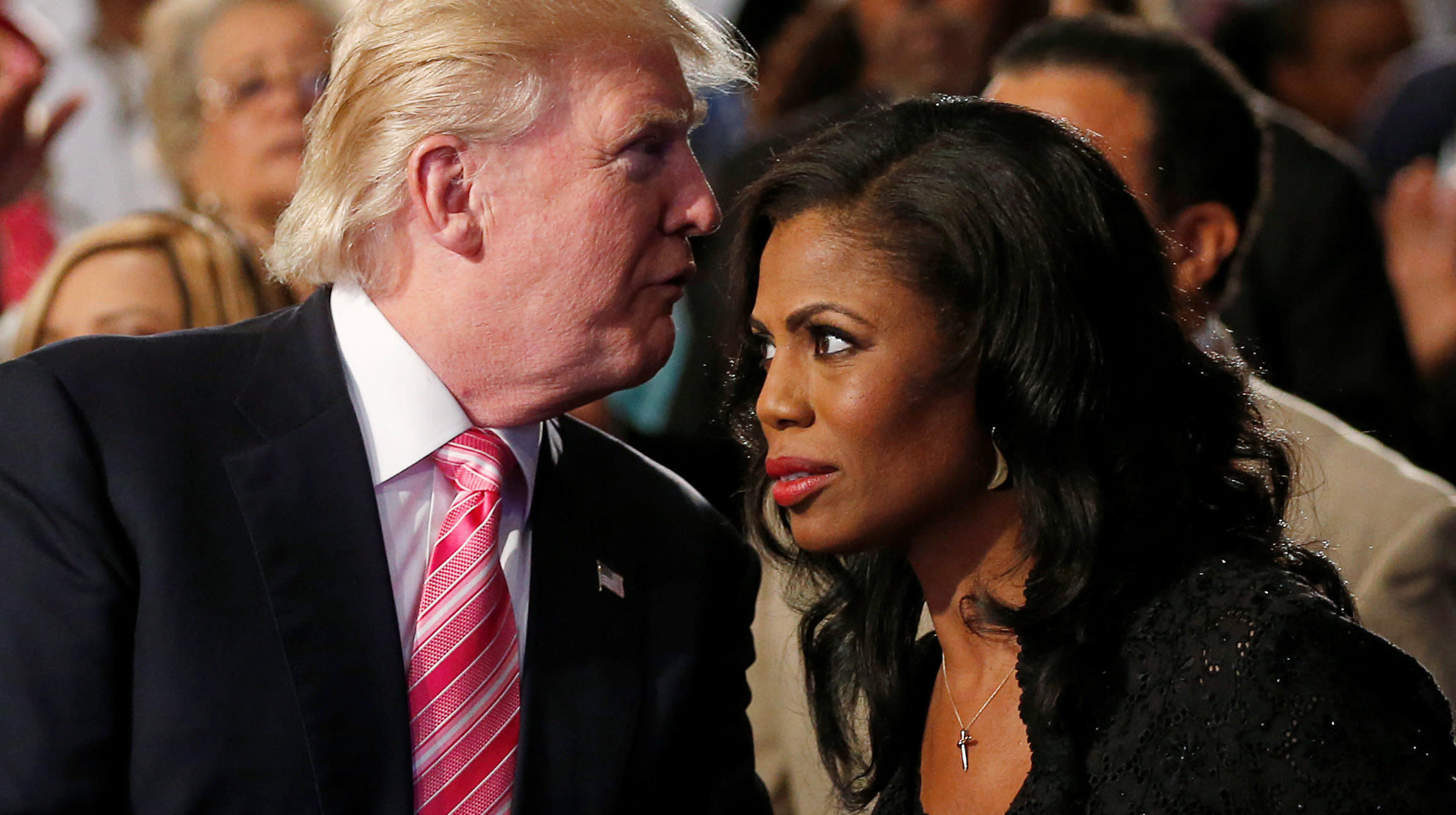 Former White House aide Omarosa Manigault Newman on Monday released a second recording from her time at the White House, purportedly of President Donald Trump appearing unaware that chief of staff John Kelly had fired her.

“Nobody even told me about it,” Trump says in the recording of a phone call that Newman says is from the day after she was fired from her White House communications post in December. “I didn’t know it. I didn’t know that. Goddammit. I don’t love you leaving at all.”

The short audio aired ahead of a “Today” show interview with Newman on Monday, part of a publicity tour for Tuesday’s release of her book about her time at the White House, Unhinged.

Newman, in a combative interview on “Today,” dodged questions about whether Trump was lying on the phone call, saying that she was “not certain.” She added that Trump, in general, is “absolutely” a serial liar, but said she “never expected him to lie to the country.”

She said she was locked in a room before Kelly told her she was fired, and characterized the meeting as “false imprisonment.”

“It’s not acceptable for four men to take a woman into a room, lock the door and tell her ‘wait,’ and tell her that she cannot leave,” she said. “It also is unacceptable to not allow her to have her lawyer or her counsel, and the moment I said ‘I would like to leave’ and they said I can’t go, it became false imprisonment.”

She resisted follow-up questions about her claims and tried to abruptly end the interview.

“You know that we have an interview right after this, and I know you want to go with more time. You know it’s a seven-minute interview. Now we’re at 10,” Newman told host Savannah Guthrie. “The book comes out tomorrow. I hope your viewers will take an opportunity to read it and learn about this incredible journey that I had for 15 years with the president of the United States.”

Soon after Newman’s appearance on the show, Trump trash-talked her on Twitter, calling her “wacky,” and “vicious, but not smart,” and claiming she “begged me for a job.”

Wacky Omarosa, who got fired 3 times on the Apprentice, now got fired for the last time. She never made it, never will. She begged me for a job, tears in her eyes, I said Ok. People in the White House hated her. She was vicious, but not smart. I would rarely see her but heard….

Newman said on Sunday that she believed Trump knew about her firing. She added that the president “probably instructed General Kelly to do it so that he could keep his hands clean. … I’m wondering, is he being sincere?”

Trump’s attorney, Rudy Giuliani, claimed without evidence on Monday that Newman likely broke the law by making the recordings.

“Donald Trump made her. What kind of ingratitude is this? You can tell from the tape, he thought she resigned,” Giuliani said on “Fox and Friends.”

“Don’t you see the irony, of all people, Sarah Huckabee Sanders saying this book is full of lies, when she lies to the American people every day?” Newman said.

Newman, a former contestant on Trump’s reality show “The Apprentice,” has been making headlines as her book’s release nears.

She wrote in excerpts released last week that Trump repeatedly used a racist slur during filming of “The Apprentice.”

On Sunday, Newman said Trump “is truly a racist,” and released the recording of Kelly.

In another interview later Monday, Newman claimed she had more tapes, but said she’s unsure if she will release them, in case of “legal action” from the White House.

“I’m just going to stand back and wait,” she said on MSNBC.

The White House did not immediately return a request for comment.

This article has been updated to include Trump’s tweets and subsequent comments from Newman.

Democrats’ Impeachment Strategy Is Bore Everyone To Death
2020-01-21