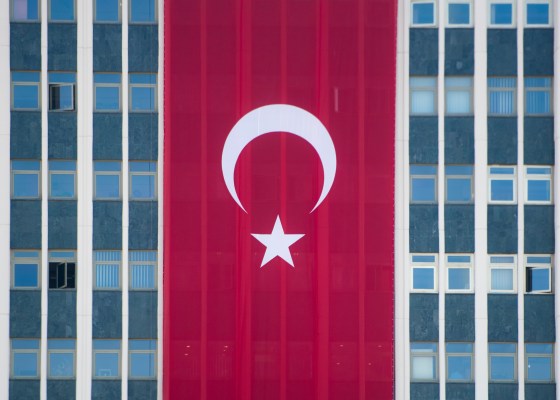 Yesterday, Turkish President Recep Tayyip Erdogan called for a boycott of all U.S. technology during a speech in the country’s capital city of Ankara.

“Every product that we buy in foreign currency from outside, we will produce them here and sell abroad,” said Erdogan during the speech. “We will boycott the electronics products of the U.S.”

Erdogan continued to suggest that for every Apple iPhone Turkish citizens could use a Korean Samsung phone instead — an ironic statement given the importance the iPhone had in helping him quell a military coup in the country in 2016 that sought to remove him from power. In what became a swiftly ended (though still deadly with over 200 casualties) coup, Erdogan used FaceTime to call his supporters to the streets.

This announcement follows a tense week in Turkey where the country’s currency, the lira, fell more than 25 percent according to The New York Times. As the country struggles with increasing economic turmoil on its own soil, it continues to butt heads with the Trump administration, as well.

Despite their history as allies, diplomatic tensions between the two countries have been rising this past year. Last fall, a visa ban between the two was enacted following the arrests of two U.S. mission staff in Turkey for suspected connections to the 2016 coup. While the visa ban was lifted in late December, this summer, diplomatic tensions have continued to rise over the detention of a U.S. pastor in the country for alleged connections to the same coup.

Last week, Trump announced an increase in tariffs on Turkish steel and aluminium in a tweet saying:

I have just authorized a doubling of Tariffs on Steel and Aluminum with respect to Turkey as their currency, the Turkish Lira, slides rapidly downward against our very strong Dollar! Aluminum will now be 20% and Steel 50%. Our relations with Turkey are not good at this time!

In addition to its tech boycott, Turkey also retaliated yesterday with its own increased tariffs on U.S. goods, including cars and alcohol.