Given the broadly positive returns posted in July, the second half of 2018 would appear to be off to a good start, but digging into the details gives plenty of evidence investors may be feeling less rosy. Given the ups and downs during the year so far, within the macro and managed futures group it is very likely that investor sentiment is questionable and low, respectively. July did not help either group improve their standings, though there are significant differences between the two.

There are segments doing well, however. Large quantitative equity strategies appear to be satisfying recent investor allocations, and within credit markets distressed funds have emerged as an industry outperformer in 2018.

We had noted the industry has worked itself back to a crossroads in recent months. One thing July has confirmed is that it is there that many within the group remain.

Hedge funds returned an average of +0.59% in July, and are +0.79% through the first seven months of 2018. Pockets of good performance are still being overshadowed at the aggregate level by underperformance from macro and managed futures products. 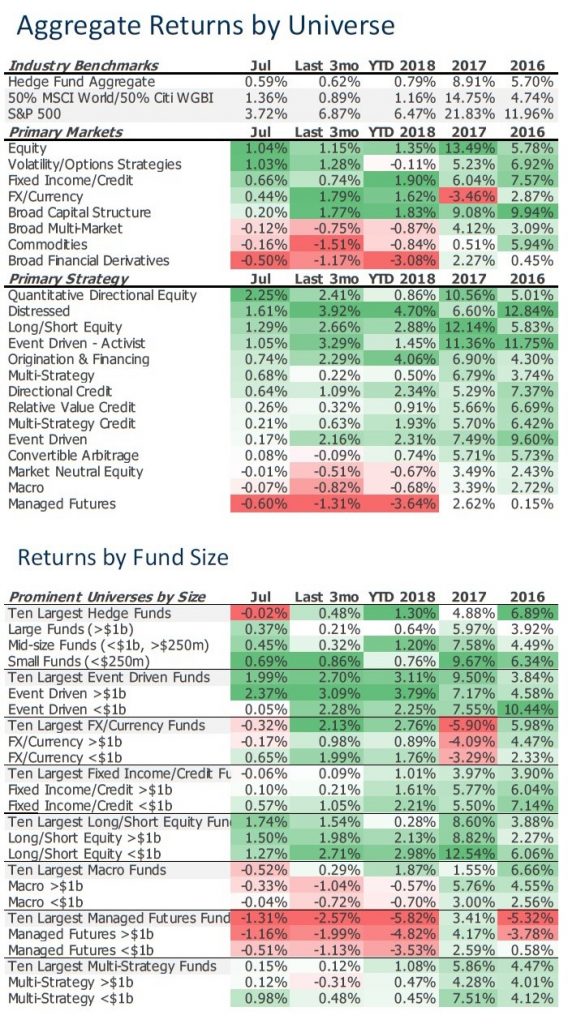 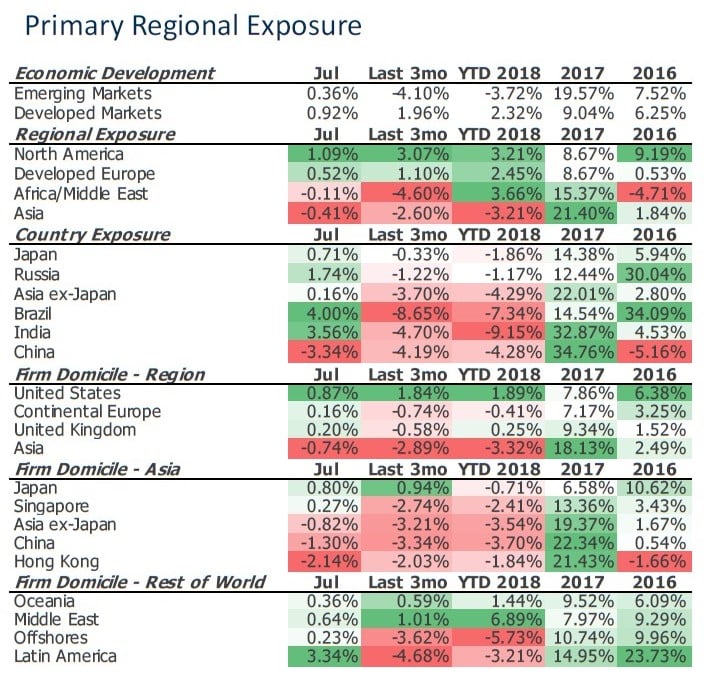 Louise Linton briefly posted and deleted a message of support for Greta Thunberg, whom her husband Steve Mnuchin dissed at Davos
2020-01-25