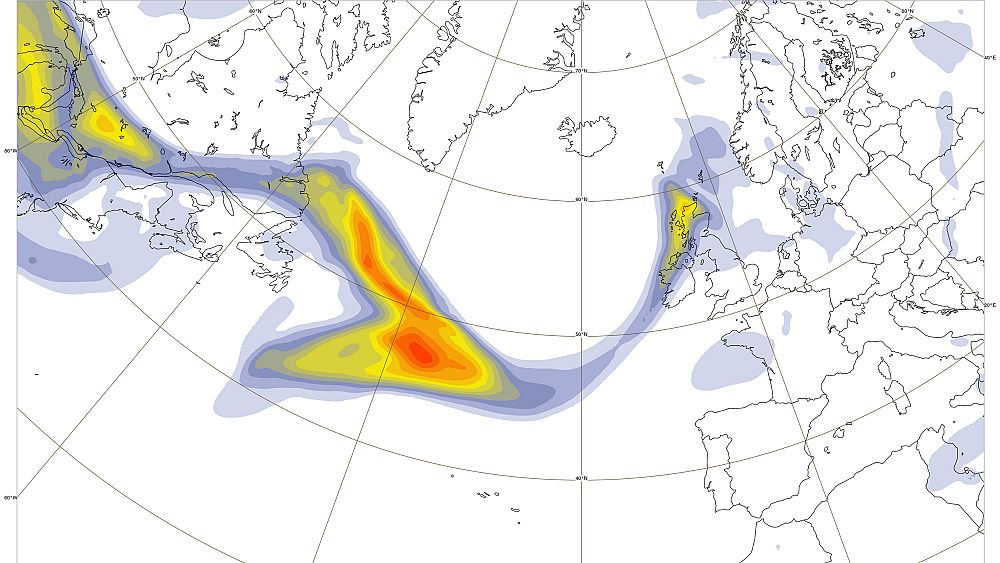 Europe is having a hard time getting rid of wildfire smoke as ash and smoke from fires in Canada cross over to the continent.
Smoke aerosols from the wildfires in British Columbia (BC) were crossing the Atlantic Ocean and were set make their way to the UK and Ireland on Wednesday.

Mark Parrington, a senior scientist at Copernicus, told Euronews the smoke was being transported across the Atlantic at high altitude (between 5 and 10 km) where it gets caught up in a jet stream.

The scientist added that this type of weather event happened to some degree every summer during fire season in Canada.

According to NASA’s Earth Observatory, smoke aerosols reflect sunlight and can also alter the characteristics of clouds, resulting in denser droplets that turn into more cloud cover and drizzle.

However, according to Parrington, the aerosols won’t have any environmental impacts in the UK as the particles “won’t reach the surface”.

The Canadian army has stepped in to help local authorities fight the blazes as nearly 600 wildfires burn across the province, said local media.

On Monday, Public Safety Minister Ralph Goodale and Defence Minister Harjit Sajjan issued a statement saying the federal government had accepted a request for help from the BC government.