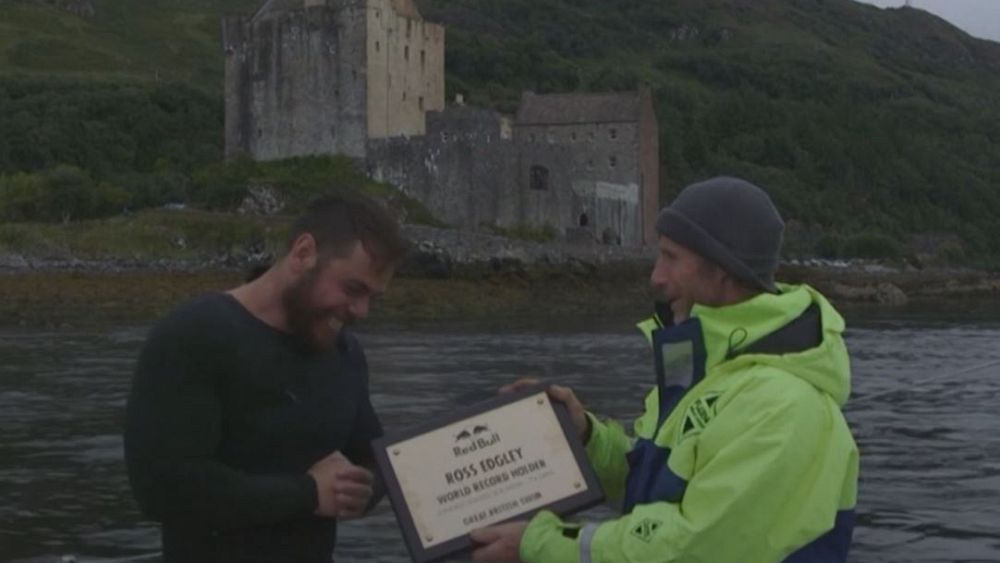 British swimmer Ross Edgley has broken the world record for the longest staged sea swim.
Edgley broke the record on August 14, after spending 74 days at sea.

The 32-year-old athlete is aiming to be the first to complete a circuit around the British mainland and has completed 1,770 km of his 3,218 km journey.

The swimmer has said that the two greatest obstacles he has faced so far are jellyfish and swimming at night.

Edgley has been swimming and taking breaks in 6-hour intervals.

Once he has completed the journey, his record will be verified by the Open Water Swimming authorities.