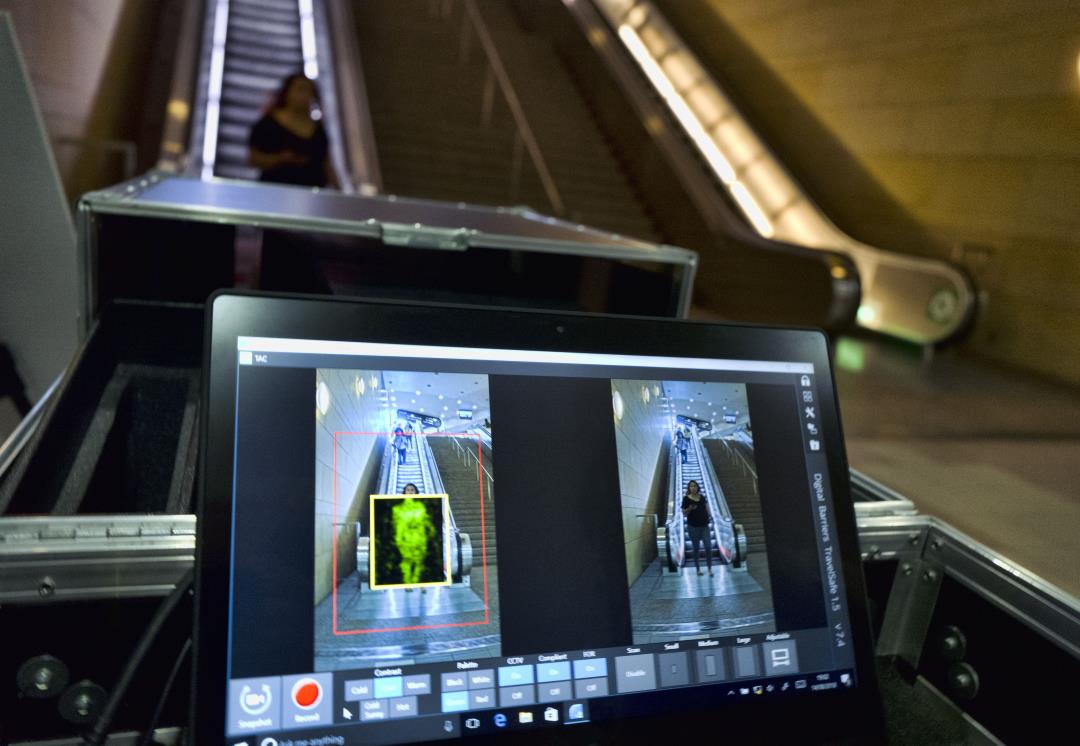 (Newser) – All humans emit body waves, but if they’re concealing an object under their clothes, that object blocks the waves—exactly what the Transportation Security Administration is banking on with the installation of the country’s first body scanners in a transit agency. The subway system getting the first crack at these portable passenger screening devices, per CNN: the LA Metro, which can place the high-tech scanners at the bottom of escalators or at station entrances to “quickly and unobtrusively screen individuals for concealed threats,” per the Source blog. The Thruvision scanners, which the New York Times describes as wheeled devices looking like “the sort of black laminate cases that musicians lug around on tour,” can pick up both metallic and nonmetallic objects from up to 30 feet away. The $100,000 devices are able to scan more than 2,000 people an hour.

“We’re looking specifically for weapons that have the ability to cause a mass-casualty event,” Alex Wiggins, head of the LA County MTA’s law enforcement unit, tells the AP. “We’re not necessarily looking for smaller weapons that don’t have the ability to inflict mass casualties.” He adds, per the Los Angeles Times, that signs will warn about the scanners, and commuters can “opt out” (though they then won’t be able to ride the subway). The scanners don’t emit radiation or display “anatomical details,” and they won’t slow down traffic—they’ll simply scan people streaming by. “Most people won’t even know they’re being scanned,” an LA Metro rep tells the New York Times, though one rider wonders if the system will lead to an uptick in police harassment or “false positives.” “But if we don’t even notice it, and they use it in a responsible way, then I think it’s a good thing,” the commuter adds.