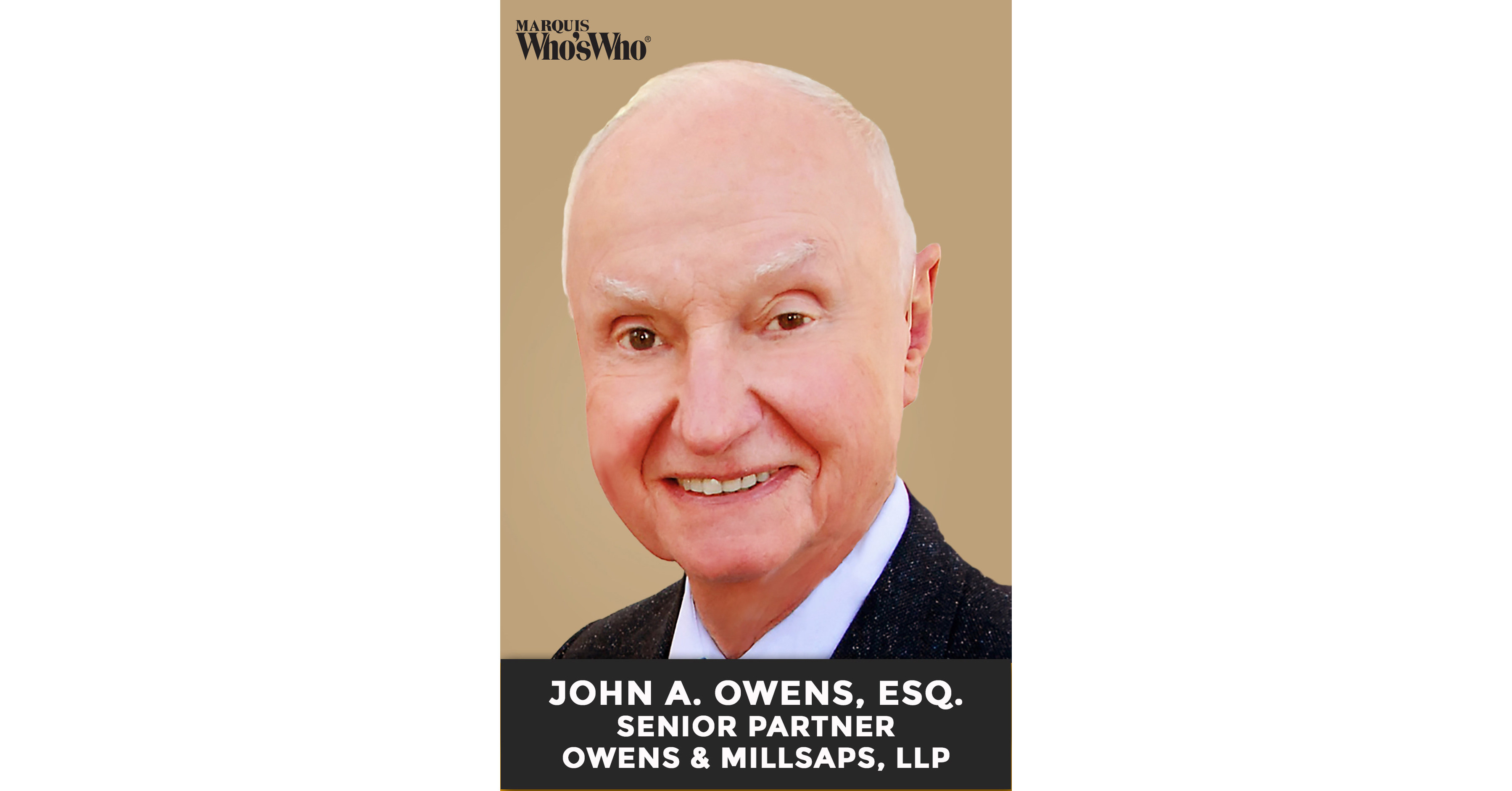 An AV Preeminent Attorney, Mr. Owens is noted for devoting significant time and effort to serving his fellow attorneys. In recognition of his contributions to the field of civil litigation, he was featured in the 6th and 9th editions of Who’s Who in American Law, which were published in 1989 and 1996. Mr. Owens was most recently selected to receive a Distinguished Alumnus Award from the University of Alabama in 2012, and Pillar of the Bar Award from the Tuscaloosa County Bar Association 2010.

Prior to pursuing a legal career, Mr. Owens completed active duty military obligations. He went on to develop an interest in business law while attending commerce school. In 1961, Mr. Owens completed a Bachelor of Science in commerce and business administration through the University of Alabama. He was recognized as valedictorian of his law class when he received a Bachelor of Laws from the university in 1967. After graduation, Mr. Owens completed three years of active duty with the U.S. Navy. During the next 11 years, he attained the rank of lieutenant while serving in the U.S. Navy Reserve.

Upon completing formal education, Mr. Owens joined Spiro & Phelps as an associate in 1967. Throughout the course of his career, he has served as an attorney with a variety of firms, including Sam M. Phelps; Phelps, Jenkins, Gibson & Fowler; Owens and Carver; and Owens and Almond. Since 2003, Mr. Owens has been recognized as a senior partner with Owens & Millsaps, LLP. Based in Tuscaloosa, the firm provides legal representation in cases involving estate planning and probate, personal injury and civil litigation, business and corporate law, workplace and employment law, and medical malpractice defense.

About Marquis Who’s Who®:

Since 1899, when A. N. Marquis printed the First Edition of Who’s Who in America®, Marquis Who’s Who® has chronicled the lives of the most accomplished individuals and innovators from every significant field of endeavor, including politics, business, medicine, law, education, art, religion and entertainment. Today, Who’s Who in America® remains an essential biographical source for thousands of researchers, journalists, librarians and executive search firms around the world. Marquis® publications may be visited at the official Marquis Who’s Who® website at www.marquiswhoswho.com.