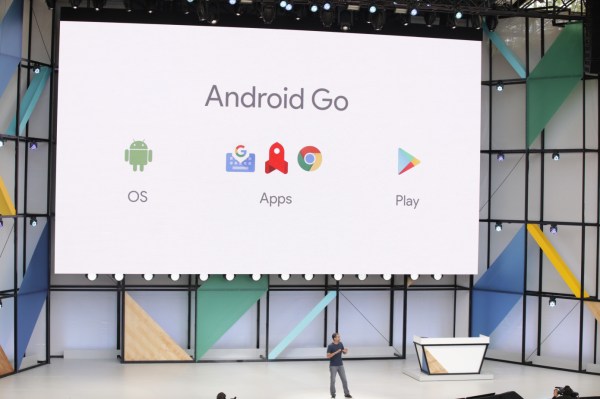 With Android Pie now available (on a handful of devices, at least), Google’s prepping the launch of its low-powered counterpart. Android 9 Pie (Go edition) — the successor to the more pithily named Android Go — will be hitting arriving on devices this fall.

Like Android Oreo (Go Edition), the latest OS is a stripped down version of its latest full operating system, designed to run on devices with 1GB of RAM. The more modest hardware requirements make it a compelling match for low-cost devices and thus a solid option for developing markets.

Among other things, it will offer faster boot times than standard Android and will free up space on the phone’s storage. There are new security features on board as well, along with a dashboard for monitoring data consumption. There are a number of updates to individual Go apps, too, including the ability to read sites’ content aloud in Google Go and navigation in Maps Go.

According to Google, the Android (Go edition) is currently available on 200 devices in more than 120 countries.