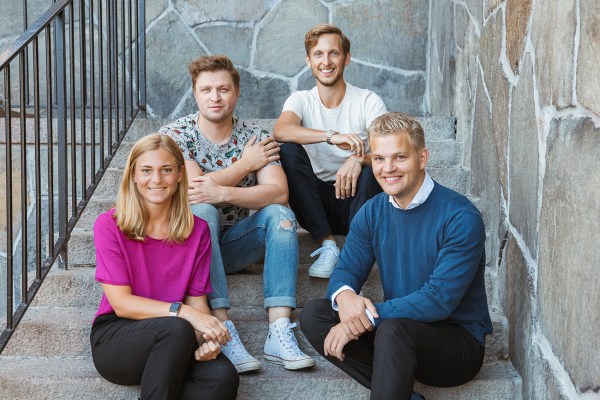 Karma, the Stockholm-based startup that offers a marketplace to let local restaurants and grocery offer unsold food at a discount, has raised $12 million in Series A funding.

Founded in late 2015 by Hjalmar Ståhlberg Nordegren, Ludvig Berling, Mattis Larsson and Elsa Bernadotte, and launched the following year, Karma is an app-based marketplace that helps restaurants and grocery stores reduce food waste by selling unsold food at a discount direct to consumers.

You simply register your location with the iOS or Android app and can browse various food merchants and the food items/dishes they have put on sale. Once you find an item to your liking, you pay through the Karma app and pick up the food before closing time. You can also follow your favourite establishments and be alerted when new food is listed each day.

“One third of of all food produced is wasted,” Karma CEO Ståhlberg Nordegren tells me. “We’re reducing food waste by enabling restaurants and grocery stores to sell their surplus food through our app… Consumers like you and me can then buy the food directly through the app and pick it up as take away at the location. We’re helping the seller reduce food waste and increase revenue, consumers get great food at a reduced price, and we help the environment redistributing food instead of wasting it”.

Since Karma’s original launch in its home country of Sweden, the startup has expanded to work with over 1,500 restaurants, grocery stores, hotels, cafes and bakeries to help reduce food waste by selling surplus food to 350,000 Karma users. It counts three of Sweden’s largest supermarkets as marketplace partners, as well as premium restaurants such as Ruta Baga and Marcus Samuelsson’s Kitchen & Table, and major brands such as Sodexo, Radisson and Scandic Hotels.

In February, the company expanded to the U.K., and is already working with over 400 restaurants in London. They include brands such as Aubaine, Polpo, Caravan, K10, Taylor St Barista’s, Ned’s Noodle Bar, and Detox Kitchen.

Ståhlberg Nordegren says Karma’s most frequent users are young professionals between the age of 25-40, who typically work in the city and pick up Karma on their way home. “Students and the elderly also love the app as it’s a great way to discover really good food for less,” he adds.

Meanwhile, will use the funding to continue to develop its product range, especially within supermarkets, and to expand to new markets, starting with Europe. The company plans to expand from 35 people based in Stockholm today to over 100 across 5 markets by the end of next year and over 150 by mid 2020.