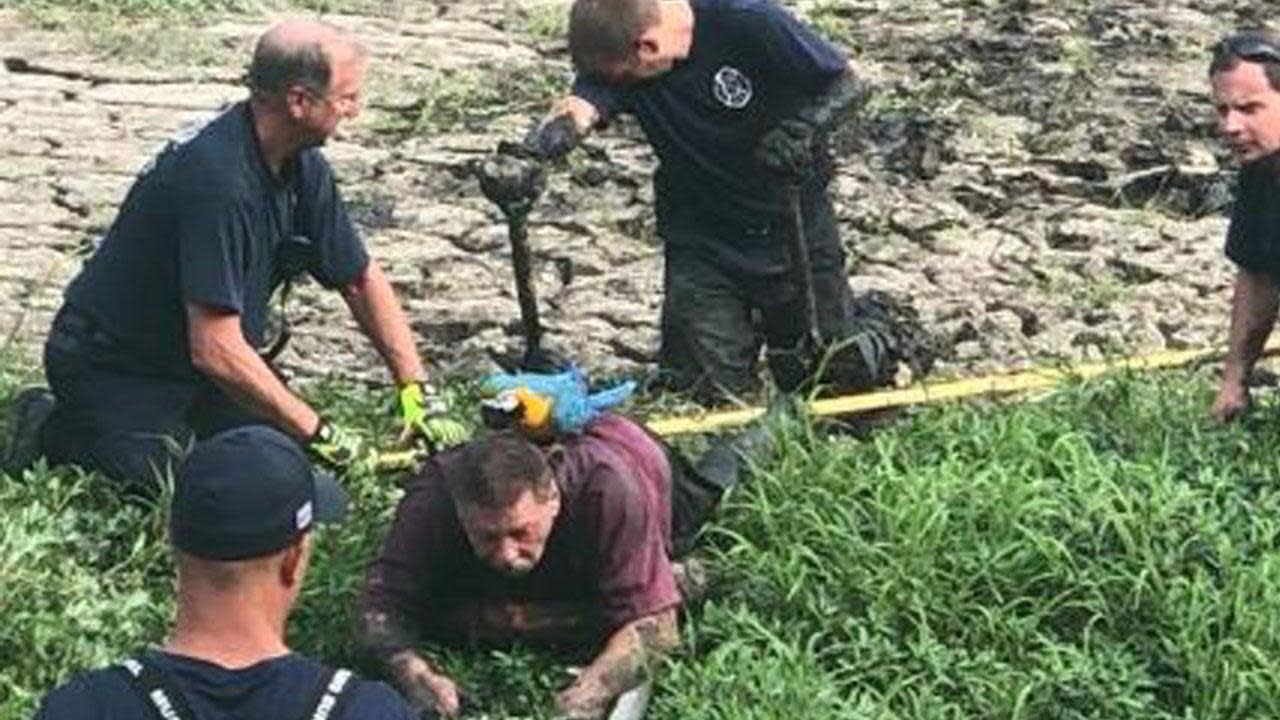 It was a dirty job, but the parrot owner shouldn’t have tried to do it.

An Illinois man had to be rescued by firefighters after he tried to rescue his beloved parrot, which had gotten stuck in a mud hole in a Belleville park.

Normally, the bird is squired around town on the shoulder of its owner. But on Sunday afternoon, as the two cruised the park, the parrot flew off and into the center of dredged lake, where it became mired in goo.

As did its owner.

A passerby heard the man yelling for help and summoned fire crews.

A series of ladders had to be stretched to reach man and bird.

“He was probably several hundred feet out into the mud with the parrot on his back,” Belleville Fire Chief Pour told the Belleville News-Democrat. “It was challenging because you couldn’t just walk out there and hoist him out. It was like quicksand.”

It took 15 minutes to ease the man out, with the parrot perched on his neck.

Pour said he often sees the man biking around town with the bird, but Sunday’s rescue marked the first time the pair had gotten into trouble.

“It was a pretty unusual thing,” he said.

Woman Gets Life Sentence for Murder Witnessed by Pet Parrot