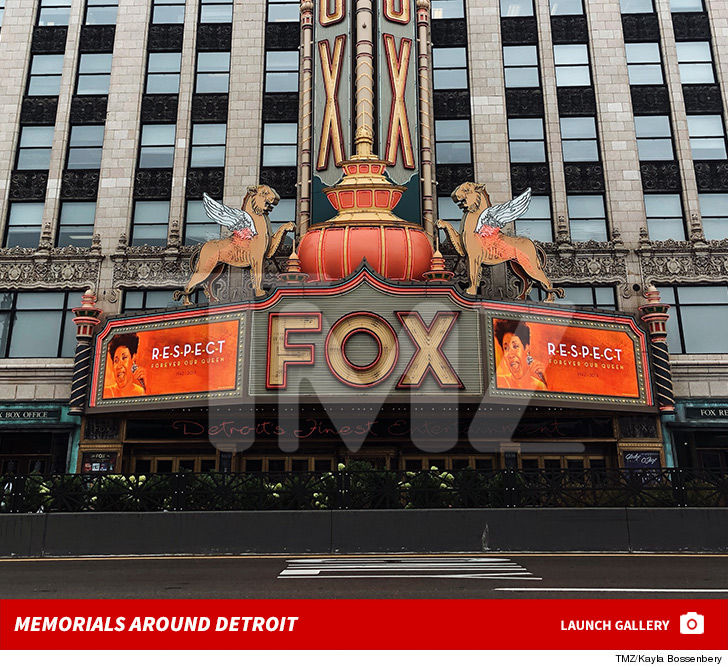 The R-E-S-P-E-C-T for Aretha Franklin has spread across Detroit, with memorials on display on some of the most famous buildings in the place the Queen of Soul called home.

The Fox Theatre, Comerica Park and Little Caesars Arena have all put up tributes to Aretha with the message “Forever Our Queen” … while fans have added balloons and gifts to Aretha Franklin Way.

The Fillmore Detroit and the Music Hall Center for the Performing Arts have also posted messages of love for Franklin on their marquees. A memorial has popped up in front of New Bethel Baptist Church, which was founded by Aretha’s father.

Aretha passed away Thursday in her Detroit home, and has received an outpouring of heartfelt and emotional shout-outs from countless celebs … including Barack and Michelle Obama.