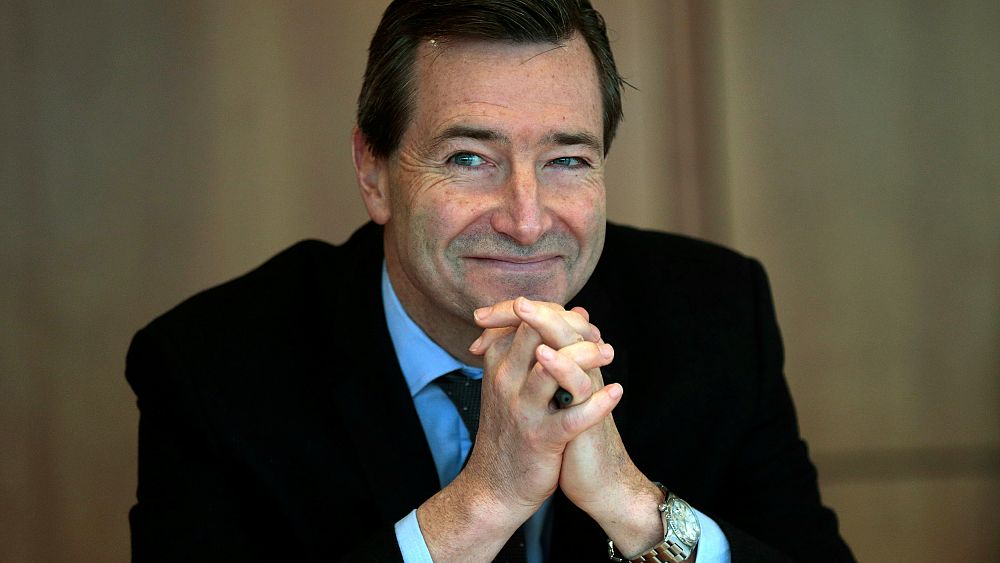 The Financial Times’ chief executive is to return a portion of his pay to the company after a backlash from staff who said his £2.6 million (€2.9 million) pay packet was unjustified.
A union email sent to FT staff, obtained by Euronews, said John Ridding was paid “100 times the salary of a trainee journalist” adding it “makes a mockery of any concept of fairness and breaks the bounds of corporate integrity”.

Staff said Ridding’s salary had risen by 25% since 2016 and was the equivalent of 65% of UK profits last year.

The first call on these resources will be a women’s development fund to augment and accelerate our efforts to support the advancement of women into more senior roles at the FT and reduce the gender pay gap.”

The CEO added his pay had been established by the Japanese media group Nikkei, which bought the company three years ago and was ‘independently assessed’ and ‘high performance rated'”.

He added: “While our performance has been strong, I recognise that the size of the consequent jump in my own total reward in 2017 feels anomalous and has created concerns.

“Many key decisions rest with me as CEO, but collective hard work at the FT underpins our success.”

However, the partial return of his salary has not appeased all Financial Times staff.

One source told Euronews: “His whopping 2017 pay increase comes after years of below-inflation raises for the FT’s journalists and a constant squeeze on budgets.

“He gains these huge bonuses on the back of the staff, and at the expense of the quality of the newspaper. It also lands just as Nikkei our new Japanese owners have demanded a doubling of net revenues — a sure sign of further squeezes to come”.

The FT’s staff revolt may not stop with its CEO, the newspapers’ National Union of Journalist members are also demanding disclosures of other board directors’ pay packets.