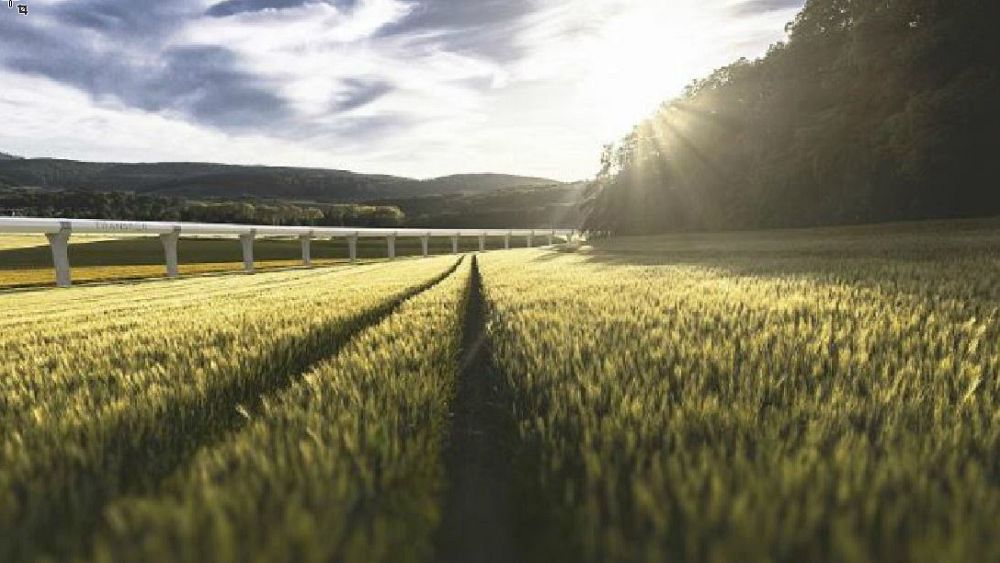 Hyperloop transport faces many hurdles but until now, how cows can cross the track hasn’t been one of them.
But that’s going to change as Canadian company TransPod sets up its testing facility in a village deep in the French countryside.

The current record for high-speed TGV trains (574.8 kmh) could be shattered in the tiny commune of Droux, about 50 kilometres from Limoges in central France. Last week the company applied for planning permission, which it expects to be granted this year.

Hyperloop technology – much-publicised by Elon Musk’s enthusiasm, involves putting passengers or goods in capsules which are then projected through depressurised tubes at up to 1200 kmh.

In their search for the perfect test zone, TransPod’s researchers hit on the Paris-Toulouse corridor which has no high-speed rail line. In the Haute-Vienne department they identified a three-kilometre stretch of an old now-disused railway passing through farmland.

TransPod’s founder and chief executive told Euronews the project has the backing of both residents and local authorities, but admits they’ve had to build some quirky demands into their planning application.

“For example, a farmer who has land on either side of the line wanted us to develop a pathway for animals which cross this old railway,” Sebastian Gendron told Euronews.

“There’s an analogy with our competitor, Hyperloop One, which is developing its prototype in the Nevada desert,” he adds. “We’re going it in the Limousin countryside.”

As little as a year ago, Gendron says he doubted that anyone in Europe would want to invest in Hyperloop technology. Now, investors have committed 65 million euros. TransPod also plans to build a research and development centre at Bari in southern Italy.

A dozen companies are developing Hyperloop around the world, of whom four are seen as serious: