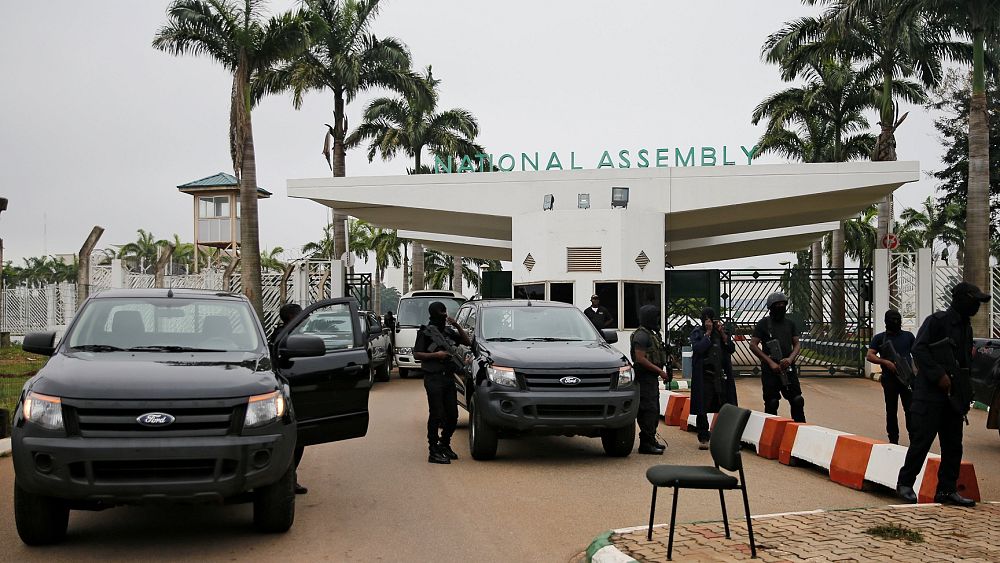 As the 2019 parliamentary and presidential elections get closer, the strength and resilience of Nigeria’s democracy is increasingly being tested. Both local and international media have been filled with reports describing how—for reasons that remain unclear—Nigerian security forces blocked lawmakers from accessing parliament. The already bad situation was compounded by the news that the intelligence chief was hastily dismissed by the acting president for the incident without a thorough explanation. These events occurred just after an announcement was made about the voter’s registration window closing in a scant three weeks. Faced with these steady drips of anti-democratic occurrences, Nigerians have all the right in the world to question the authority and legitimacy of our nation’s current political leadership.

That many of these barred members of parliament have repeatedly abused their positions of power for self-gain is another matter that must be addressed at a later date. What occurred on 8th August, 2018 was no less than an alarming, orchestrated full-frontal assault on our democracy, and Nigerians are right to fear the direction in which our country is heading.

Recently, I also had to issue a public statement expressing my concerns about the process of voting registration in Nigeria. In summary, I asked our political leaders and institutions for more time for voters to register. Closing registration a full six months before the elections and four months earlier than the 2014 registration period, is tantamount to disenfranchisement of a large swathe of Nigeria’s large population. The registration and card collection process has been plagued with problems that have yet to be ironed out and still, the announcement was made.

This is even more troubling because in the last presidential elections the deadline was in December. I have urged the policy-makers to think and act democratically: as more people get involved, as more people understand that a vote is an opportunity, our democracy will grow stronger. The young people will be the driving force of Nigeria and to deny them a more active role is nothing short of irresponsible sabotage.

Nigerian politics has been effective at silencing the people by fostering the notion that their voice no longer matters. A beleaguered economy, massive unemployment, a crumbling healthcare system and fighting to overcome poverty consumes the daily life of the average Nigerian. They have little energy to expend on politicians who repeatedly demonstrate that in the battle of the elephants, citizens will always be the grass at their feet.

However, an escape from this catch 22—power struggles between the two biggest parties (the All Progressives Congress and the People’s Democratic Party) creating political unresponsiveness, in turn fuelling their battle for supremacy—exists, starting with making the upcoming elections a true festival of democracy.

Since I have announced my intention to run in the presidential elections, I have travelled across the country and meet thousands of everyday people. Their stories, their commitment to hard work, and strong sense of community despite their hardships have inspired and continue to inspire me. Unfortunately, many of them are estranged from the very politics that affects their lives and the unfortunate headlines engenders apathy not hope. Our project to build a nation that Nigerians can be proud of is making progress, but we cannot achieve true, lasting progress in the absence of the right institutional decisions. Boosting voter turnout for the upcoming elections is one of the key battles worth fighting in our quest for a solid democracy. We cannot achieve peace and security when politicians shirk accountability, where institutions constrict votes. An open and inclusive democratic process is the bedrock of a safe and prosperous Nigeria.

In the coming days and months, my team and I will continue to speak in favour of more inclusion—our voice will become louder and more united as we seek what is normal in every consolidated democracy.

And this is an endeavour that goes beyond the borders of Nigeria we hope the international community continues to show solidarity with the Nigerian people as we work to regain and retain our drive to build a healthy, thriving democracy that works for all its citizens. We must continue to work together to ensure Nigeria hosts free, fair and credible elections, come February 2019.

Kingsley Moghalu is a candidate in next year’s Presidential elections in Nigeria, a former Deputy Governor of the Central Bank of Nigeria (CBN) and senior United Nations official.

Opinions expressed in View articles do not reflect those of euronews.