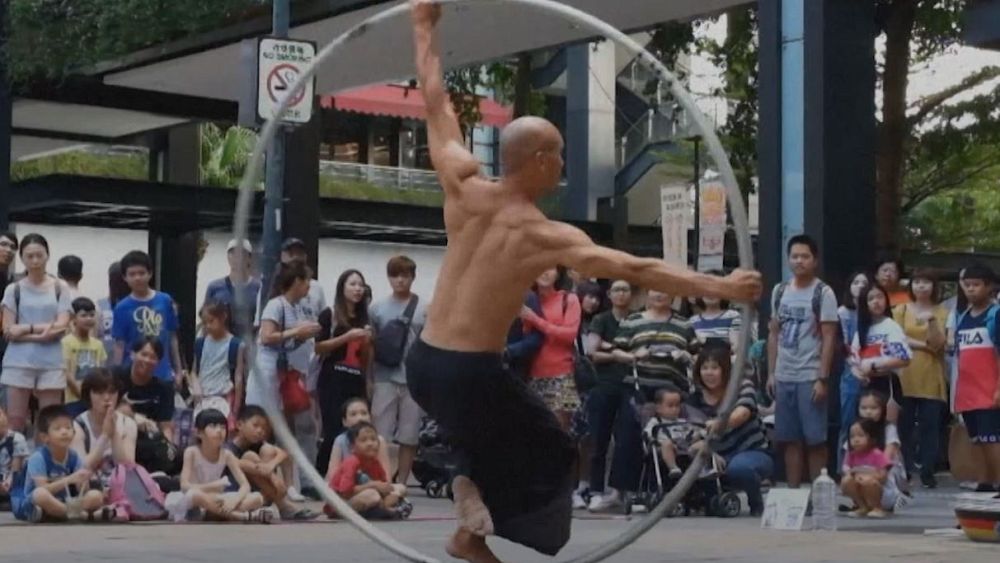 The street artist Isaac Hou has become famous in Taipei for using a giant spinning hoop during his gymnastic street shows.
Hou often attracts a large crowd when street-performing in various locations throughout Taiwan’s capital.

Hou uses both strength and balance to whirl himself and perform acrobatics on the large metal wheel known as a Cyr.

The 37-year-old learned his skills after finishing high school and travelling the world. Hou learned kung fu at the Shaolin temple in China and acrobatics at a circus performance school in Denmark and Russia.

Speaking to AFP, the acrobat and dancer said: “The reason I wanted to become a street performer is because I saw it as a job without an unpleasant boss, having a great deal of freedom, a way to travel.”