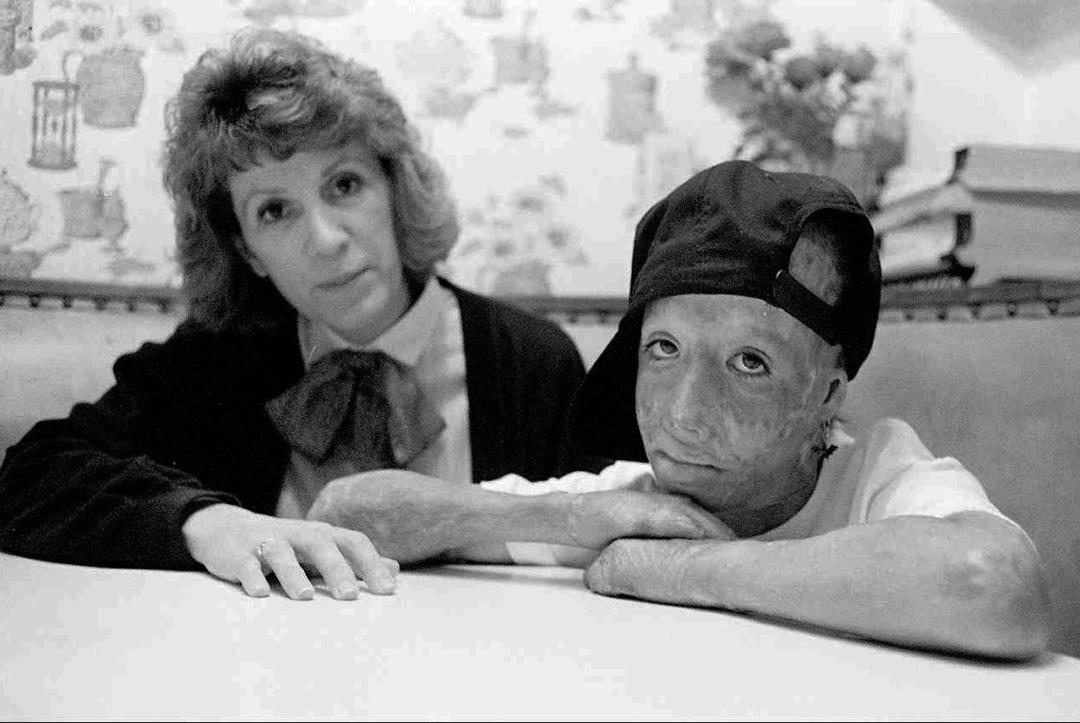 (Newser) – Dave Dave, a respected Las Vegas artist who was badly scarred as a boy when his father tried to burn him to death in Southern California, has died. He was 42. Dave, born David Rothenberg, died on July 15 at Sunrise Hospital in Las Vegas, Clark County Coroner John Fudenberg said Wednesday, per the AP, adding the cause of his death awaited results of toxicology and other tests and a police investigation. Dave was a close friend of Michael Jackson, who met him after the boy survived a 1983 attack that left him with burns over 90% of his body. Dave was 6 years old when his father, Charles Rothenberg, gave him a sleeping pill, doused his bed with kerosene and lit it in a Buena Park motel room near Disneyland during a bitter custody fight. The father spent less than seven years of a 13-year sentence in prison for attempted murder.

The boy underwent numerous skin grafts and was left disfigured but refused to define himself as a victim. “There is a lot that happens in people’s lives, but that doesn’t define them as a human being, it makes them stronger,” Dave told the Las Vegas Review-Journal in 2016. Of confronting his father in prison at 19, he added, “it was very cathartic to be able to look my dad in the face and tell him exactly what was on my mind.” “To have gone through what he had gone through as a child at the hands of his father, and to lead a life as rich as he did and as creative and as caring and as giving as he did, I think is amazing,” a family friend tells the Orange County Register, speaking on behalf of Dave’s mother, Marie. His father went on to amass a criminal record for robbery and other crimes and was sentenced in 2007 to 25 years to life in California.