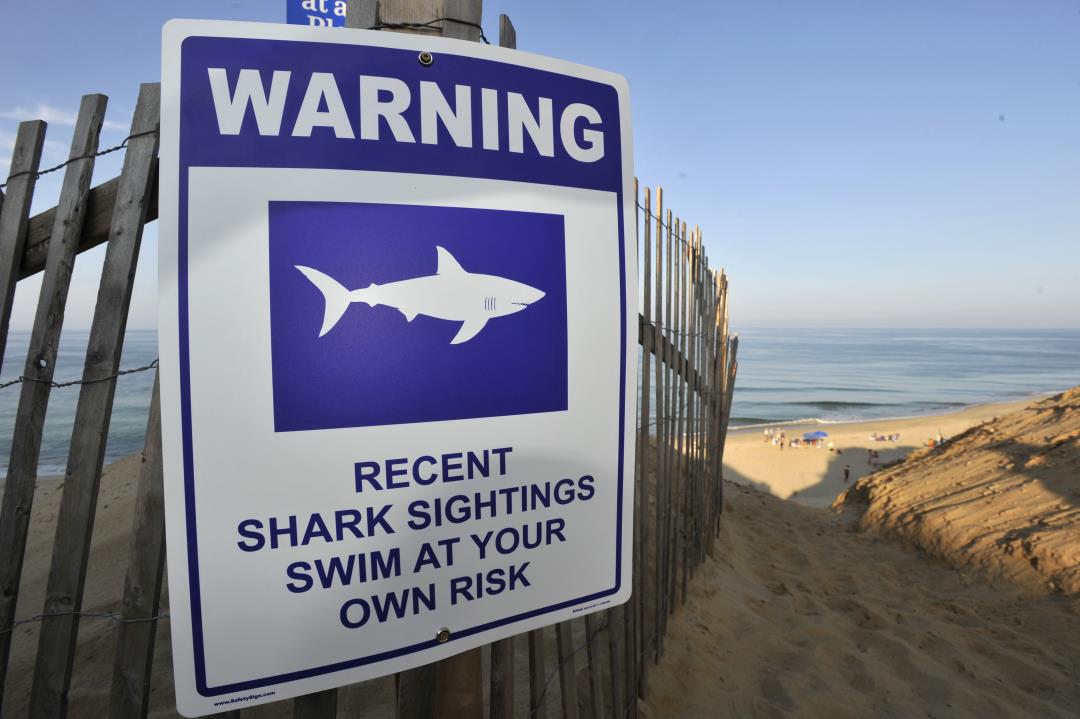 (Newser) – A man swimming off Cape Cod was attacked by a shark on Wednesday and was airlifted to a hospital. It was the first shark attack on a human at the popular summer tourist destination since 2012. The victim was a 61-year-old man, who suffered puncture wounds to his torso and legs, says Gary Sharpless, assistant harbormaster in Truro. The attack happened around 4pm at Long Nook Beach in Truro, on the Atlantic Ocean side of the peninsula, he tells the AP. The man was taken by a medical flight to a hospital for treatment. Truro fire chief Timothy Collins says the victim was “conscious and talking.” “We’re hoping for the best,” he tells the Cape Cod Times.

Truro’s website said the beach was closed until further notice, and workers put up signs that read, “Danger, No Swimming.” Numerous shark sightings have been reported in the area this summer, including several involving great whites. Witnesses noticed the man swimming far off the beach, the Times reports. The area is a feeding ground for seals, which draw sharks. The Atlantic White Shark Conservancy said shark encounters that injure people are as “terrifying as they are rare.” “While we still don’t know all of the details of this particular bite, sharks are not known to target people specifically and when they do bite people it’s usually a case of mistaken identity,” the group said in a statement. (The last shark attack in the state was near Truro in 2012.)