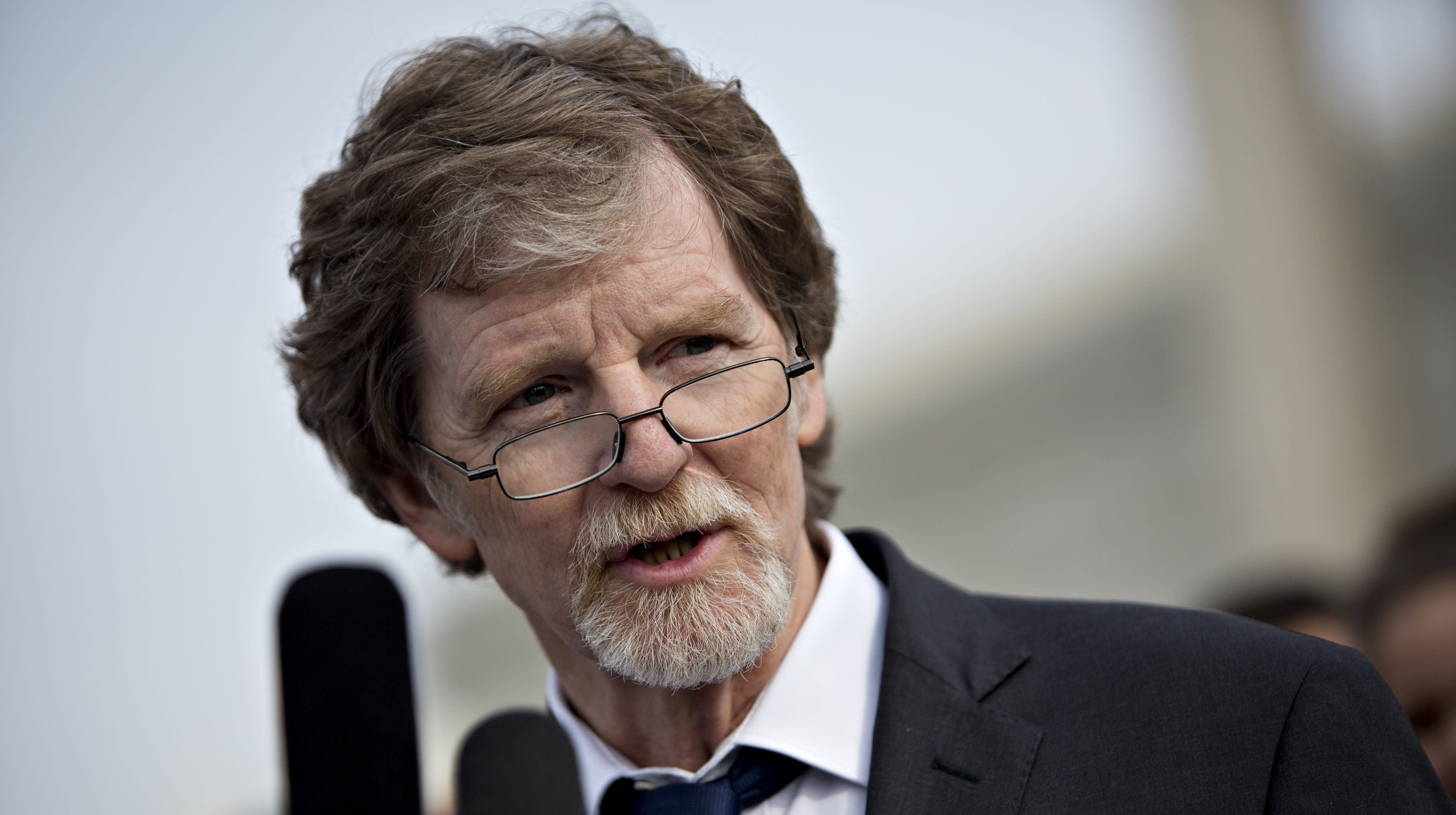 Months after winning a Supreme Court case over his refusal to make a wedding cake for a same-sex couple, Colorado baker Jack Phillips is setting up for another legal showdown.

Phillips, ordered by the state Civil Rights Commission into mediation with a trans customer of his Masterpiece Cakeshop for whom he had refused to bake a cake, sued Colorado officials in federal court on Tuesday, claiming they violated his rights to freedom of speech and religion.

“Colorado has renewed its war against him by embarking on another attempt to prosecute him,” the lawsuit alleges.

The lawsuit cites Phillips’ narrow Supreme Court victory in June that said the state Civil Rights Commission displayed anti-religious attitudes toward the baker, violating his rights, in a case involving his refusal to bake a cake for a same-sex couple.

The new case centers on Autumn Scardina’s order for a cake from Phillips’ Masterpiece Cakeshop in June 2017 with a pink interior and blue exterior to celebrate the anniversary of her coming out as a transgender woman. Phillips refused to make the cake, saying “it would have celebrated messages contrary to his religious belief that sex ― the status of being male or female ― is given by God, is biologically determined,” his lawsuit says.

Scardina filed a complaint with the state Civil Rights Commission, claiming discrimination based on her sex. The commission found probable cause that Phillips violated an anti-discrimination law that prohibits businesses from refusing service based on race, sex, marital status or sexual orientation. It ordered the two parties into mediation.

Phillips argues in his lawsuit, which names Gov. John Hickenlooper (D) and Civil Rights Commission members, that the Supreme Court ruling allows him to decline customers for religious reasons. The court, however, did not address whether religious objectors to same-sex relationships can duck anti-discrimination laws and refuse to serve to LGBTQ customers.

“The state of Colorado is ignoring the message of the U.S. Supreme Court by continuing to single out Jack for punishment and to exhibit hostility toward his religious beliefs,” said Kristen Waggoner, an attorney of the anti-LGBTQ group Alliance Defending Freedom, which is representing Phillips.

A spokesperson for the Anti-Violence Project said the denial of services to LGBTQ community members fuels disrespect and violence.

“This is a concerted effort by Phillips, in concert with designated hate group Alliance Defending Freedom, to push anti-LGBTQ discrimination under the guise of so-called religious freedom,” the spokesperson, Eliel Cruz, told HuffPost. “These continued infringements on LGBTQ people’s access to public goods and services cultivates a culture of violence against us by promoting a narrative that LGBTQ people are less than. Sexual orientation or gender identity should not prohibit anyone from being treated with dignity and respect at any establishment.”

This article has been corrected to reflect that the Anti-Violence Project is not part of GLAAD.