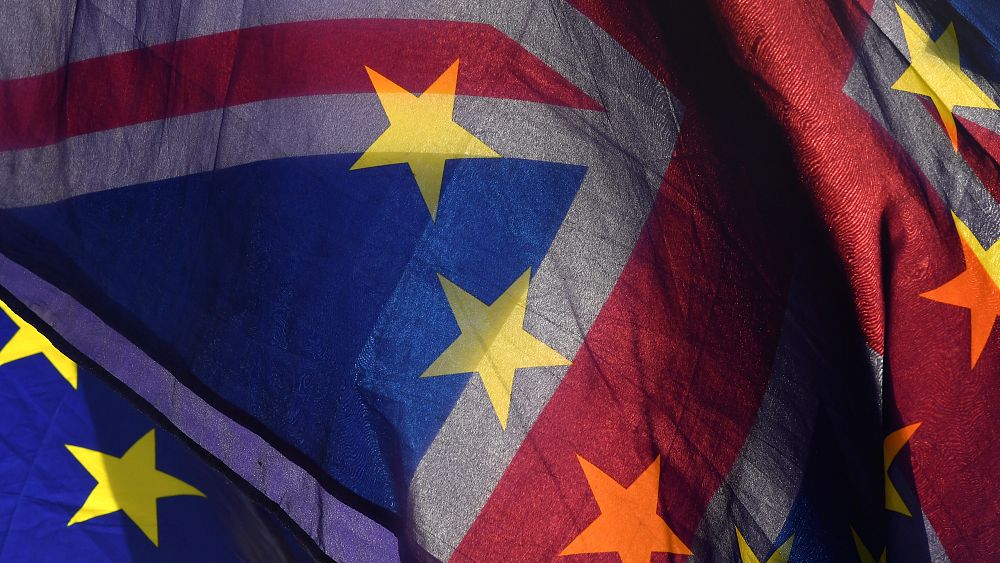 Will Brexit bring a deal or “no-deal”? The question has dominated the recent debate over the UK’s departure from the EU.
In fact, multiple scenarios are possible in the next few, decisive months as the clock ticks towards March 29, 2019. A UK think-tank has set out in graph form the different ways in which the negotiations and politics could play out.

The Institute for Government – a charity dedicated to making government more effective – concludes that the outcome is very hard to predict.

However – arguing that the risk of a “no-deal” is quite high – it details the numerous hurdles to an orderly Brexit, and the process each situation would lead to.

Four of the five illustrated scenarios look at what would happen if there is a failure to reach or approve an agreement.

That doesn’t mean there is only a one-in-five chance of a deal leading to an orderly Brexit. But it does highlight the several different ways in which the process could go wrong for Theresa May’s government.

Follow the left-hand column down from Scenario 1 at the top – this illuminates the green path to an “orderly Brexit”, meaning a 21-month transition and detailed talks on the UK’s future relationship with the EU.

In this scenario, all hurdles are overcome as negotiations in Brussels bring a deal between the UK and the remaining (EU27) countries on a withdrawal agreement. This is then approved by the British Parliament which has been granted a so-called “meaningful vote”.

The outcome is subject to the proviso that Parliament does not put a spanner in the works by trying to change the deal or bind the government’s hands in talks on the future. It also assumes that the European Parliament ratifies the deal.

Here, the British Parliament decides to reject the agreement the prime minister brings back from Brussels. It also accepts that this will mean Brexit taking place with no deal.

By law the government is then obliged to set out how it intends to proceed and bring a “neutral motion” before Parliament. The think-tank says that an attempt to renegotiate the deal – or persuade Parliament to change its mind – would bring a political crisis.

3 Parliament says no to deal – tells government to renegotiate

In this scenario, again a deal is struck between the UK and the EU27. However, it is rejected by the British Parliament, which sends the government back to Brussels to renegotiate.

What exactly would happen is uncertain, but the Institute for Government says it would depend on the time available, the EU’s willingness to reopen negotiations, and the need for any new deal, in turn, to be approved by Parliament. Otherwise, the outcome would still be a “no-deal” Brexit.

The fourth scenario sees the continuing stand-off in Brussels bring no deal on the UK’s EU withdrawal, as both sides find it impossible to resolve their differences.

Here, as in scenario 2, the government informs Parliament of its plans and brings a neutral motion. Parliament takes note and the UK heads towards “no deal”.

5 Parliament says no to “no deal” – tells government to renegotiate

Again the talks in Brussels bring no deal – but here, the British Parliament refuses to accept such an outcome. Instead, it sends the government back to renegotiate.

Parliament’s precise role in such circumstances is uncertain and brought fierce debate and an eventual fudge as the government’s Brexit legislation was passed earlier this summer.

The same issues as in scenario 3 could be raised – but under an even more compressed timetable.

What do the scenarios mean?

The Institute for Government concludes that “the risks of either a deliberate or an accidental no deal are quite high”.

It says the lack of a parliamentary majority for “no deal” means the government could be sent back to renegotiate a better deal. But time constraints increase the pressure for the prime minister to find a majority for an agreement, which is “easier said than done”.

The high risk of a stalemate in Parliament could lead to an acrimonious and potentially disruptive “no deal”, the think-tank says.

The situation is further complicated by the UK’s political and parliamentary landscape. A stalemate could bring various parliamentary manoeuvres to break the deadlock, a Conservative Party leadership election, a general election – or even a second referendum, the institute says, although it argues that this would be practically difficult.