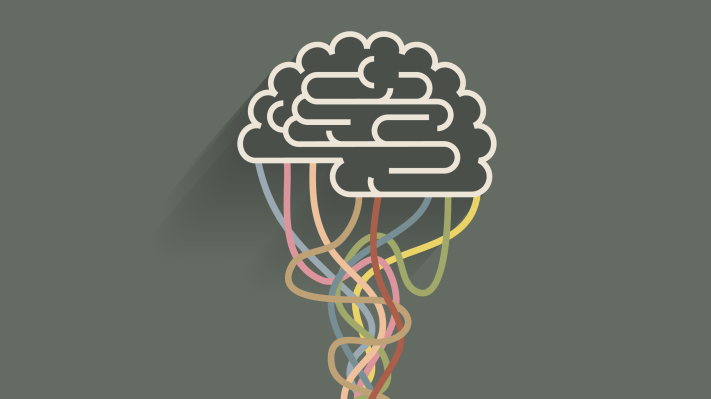 As fields of research, machine learning and artificial intelligence both date back to the 50s. More than half a century later, the disciplines have graduated from the theoretical to practical, real world applications. We’ll have some of the top minds in both categories to discuss the latest advances and future of AI and ML on stage and Disrupt San Francisco in early September.

For the first time, Disrupt SF will be held in San Francisco’s Moscone Center. It’s a huge space, which meant we could dramatically increase the amount of programming offered to attendees. And we did. Here’s the agenda. Tickets are still available even though the show is less than two weeks away. Grab one here.

The show features the themes currently facing the technology world including artificial intelligence and machine learning. Some of the top minds in AI and ML are speaking on several stages and some are taking audience questions. We’re thrilled to be joined by Dr. Kai-Fu Lee, former president of Google China and current CEO of Sinovation Ventures, Colin Angle, co-founder and CEO of iRobots, Claire Delaunay, Nvidia VP of Engineering, and among others, Dario Gil, IBM VP of AI.

Dr. Kai-Fu Lee is the CEO and chairman of Sinovation, a venture firm based in the U.S. and China, and he has emerged as one of the world’s top prognosticators on artificial intelligence and how the technology will disrupt just about everything. Dr. Lee wrote in The New York Times last year that AI is “poised to bring about a wide-scale decimation of jobs — mostly lower-paying jobs, but some higher-paying ones, too.” Dr. Lee will also be on our Q&A stage (after his interview on the Main Stage) to take questions from attendees.

Colin Angle co-founded iRobot with fellow MIT grads Rod Brooks and Helen Greiner in 1990. Early on, the company provided robots for military applications, and then in 2002, introduced the consumer-focused Roomba. Angle has plenty to talk about. As the CEO and Chairman of iRobot, he led the company through the sale of its military branch in 2016 so the company can focus on robots in homes. If there’s anyone that knows how to both work with the military and manage consumers’ expectations with household robots, it’s Colin Angle and we’re excited to have him speaking at the event where he will also take questions from the audience on the Q&A stage.

Claire Delaunay is vice president of engineering at Nvidia, where she is responsible for the Isaac robotics initiative and leads a team to bring Isaac to market for roboticists and developers around the world. Prior to joining Nvidia, Delaunay was the director of engineering at Uber, after it acquired Otto, the startup she co-founded. She was also the robotics program lead at Google and founded two companies, Botiful and Robotics Valley. Delaunay will also be on our Q&A stage (after his interview on the Main Stage) to take questions from attendees.

Dario Gil, the head of IBM’s AI research efforts and quantum computing program, is coming to Disrupt Sf to talk about the current state of quantum computing. We may even see a demo or two of what’s possible today and use that to separate hype from reality. Among the large tech firms, IBM — and specifically the IBM Q lab — has long been at the forefront of the quantum revolution. Last year, the company showed off its 50-qubit quantum computer and you can already start building software for it using the company’s developer kit.

Laura Major is the Vice President of Engineering at CyPhy Works, where she leads R&D, product design and development and manages the multi-disciplinary engineering team. Prior to joining CyPhy Works, she worked at Draper Laboratory as a division lead and developed the first human-centered engineering capability and expanded it to included machine intelligence and AI. Laura also grew multiple programs and engineering teams to contribute to the development and expansion of ATAK, which is now in wide use across the military.

Dr. Jason Mars founded and runs Clinc to try to close the gap in conversational AI by emulating human intelligence to interpret unstructured, unconstrained speech. AI has the potential to change everything, but there is a fundamental disconnect between what AI is capable of and how we interface with it. Clinc is currently targeting the financial market, letting users converse with their bank account using natural language without any pre-defined templates or hierarchical voice menus. At Disrupt SF, Mars is set to debut other ways that Clinc’s conversational AI can be applied. Without ruining the surprise, let me just say that this is going to be a demo you won’t want to miss. After the demo, he will take questions on the Q&A stage.

Chad Rigetti, the namesake founder of Rigetti Computing, will join us at Disrupt SF 2018 to explain Rigetti’s approach to quantum computing. It’s two-fold: on one front, the company is working on the design and fabrication of its own quantum chips; on the other, the company is opening up access to its early quantum computers for researchers and developers by way of its cloud computing platform, Forest. Rigetti Computing has raised nearly $70 million to date according to Crunchbase, with investment from some of the biggest names around. Meanwhile, labs around the country are already using Forest to explore the possibilities ahead.

Kyle Vogt co-founded and eventually sold Cruise Automation to General Motors in 2016. He stuck around after the sale and still leads the company today. Since selling the company to GM, Cruise has scaled rapidly and seemed to maintain a scrappy startup feel though now a division of a massive corporation. The company had 30 self-driving test cars on the road in 2016 and later rolled out a high-definition mapping system. In 2017 the company started running an autonomous ride-hailing service for its employees in San Francisco, later announcing its self-driving cars would hit New York City. Recently SoftBank’s Vision Fund invested $2.25 billion in GM Cruise Holdings LLC and when the deal closes, GM will invest an additional $1.1 billion. The investments are expected to inject enough capital into Cruise for the unit to reach commercialization at scale beginning in 2019.