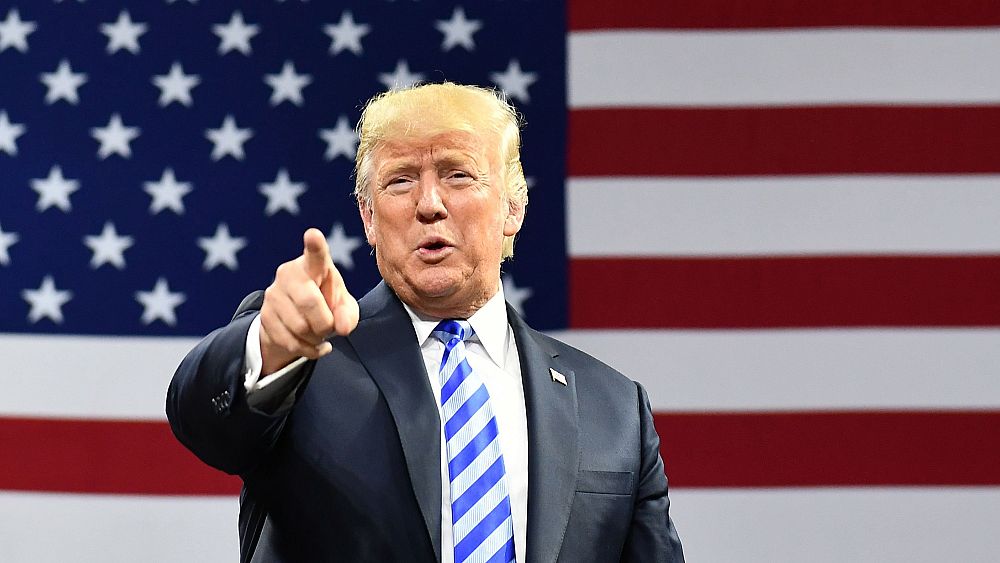 WASHINGTON — After a week that saw President Donald Trump’s former campaign chairman convicted on eight counts of fraud and his former lawyer plead guilty to felony campaign finance charges, the president’s job approval rating remains virtually unchanged, new polling from NBC News and the Wall Street Journal shows.
But the stability in Trump’s approval rating also comes as more than half of voters say he has not been honest and truthful regarding the ongoing special counsel investigation by Robert Mueller. And fewer than three-in-ten voters are convinced that Trump himself is not implicated in the wrongdoing of the six of his associates who have now either been convicted of crimes or have pled guilty.

In a separate NBC/WSJ survey, conducted August 22nd through August 25th,Trump’s approval rating was 44 percent approve and 52 percent disapprove. That’s within the poll’s margin of error.

Republican pollster Bill McInturff of Public Opinion Strategies, who conducted this survey with Democratic pollster Peter Hart and his team at Hart Research Associates, called Trump’s approval rating “remarkably stable” despite the Manafort and Cohen developments, both of which became public on the same afternoon last Tuesday.

Hart adds that, for Democrats hoping to craft a midterm election strategy, the week’s news thus far “represents a fools gold opportunity rather than a silver bullet solution.”

NBC News and the Wall Street Journal originally planned to survey respondents from Saturday, August 18 thru Wednesday, August 22. But after the August 21 conviction of Manafort on tax and fraud charges — and the news that Cohen is cooperating with federal prosecutors after his guilty plea— the news organizations took the unusual step of commissioning an additional poll of 600 respondents from Wednesday, August 22 to Saturday, August 25. That second poll included questions about Manafort and Cohen as well as a look at the president’s approval rating after the new developments.

Despite the durability of Trump’s approval even after one of the most dire weeks of his presidency, most voters are not convinced that Trump himself is completely insulated from the legal woes of his associates.

Asked if they believe that the six Trump associates who have pled guilty or been found guilty of crimes signals only that those individuals committed crimes or that Trump himself may have participated in wrongdoing, 27 percent cite just the individuals (not Trump), 40 percent say Trump may be involved with potential wrongdoing and 30 percent don’t know.

And just about half (53 percent) of Republicans say that the guilty pleas by Trump’s associates are limited only to those individuals and not the president, while a third — 35 percent — don’t know enough to say.

Among Democrats, 71 percent say that Trump may be implicated in wrongdoing.

(That percentage makes Cohen and Manafort a big story, but not a huge one. For comparison, it’s about the same percentage overall (around 80% of Americans) who had heard about Chris Christie’s Bridgegate scandal when it was receiving prominent news coverage, but a smaller share than had heard about the Access Hollywood tape (95 percent.)

The earlier NBC/WSJ poll — conducted August 18 through August 22 — showed Democrats with an 8-point lead in congressional preference, with 50 percent of voters preferring a Democratic-controlled Congress and with 42 percent wanting Republicans in charge.

Last month, Democrats were ahead by 6 points on this question, 49 percent to 43 percent.

Voters were split on what concerns them more — Republicans not providing a check and balance on Trump if they control Congress (46 percent who say this), or Democrats going too far in obstructing the president if they’re in charge (45 percent).

And asked their opinions of Democrats winning control of the U.S. House of Representatives and U.S. Senate, 41 percent of voters said that would be a good thing, while 38 percent say it would be a bad thing.

Still, Democrats continue to enjoy an edge in enthusiasm: 63 percent of Democratic voters express a high level of interest in the upcoming elections — registering either a “9” or “10” on a 10-point scale — compared with 52 percent of GOP voters who do the same.

What’s more, 56 percent of Democratic voters believe November’s elections are more important to them than past congressional elections, versus just 38 percent of Republicans who think that.

“Democrats are going to win [House] seats in 2018,” says Democratic pollster Fred Yang of Hart Research Associates. “The question is: How many will that be?”

“The reason why the Democrats still have the upper hand is the enthusiasm issue,” Yang adds.

GOP with a 14-point lead on the economy

The NBC/WSJ survey conducted mostly before the Cohen-Manafort news also finds Republicans with a 14-point advantage in which party better deals with the economy — their biggest lead on this question in the poll’s history.

Forty-three percent of voters say the GOP better handles the economy, while 29 percent pick the Democrats.

Finally, the earlier NBC/WSJ poll shows 33 percent of voters supporting Brett Kavanaugh’s nomination to serve on the U.S. Supreme Court, versus 29 who oppose his nomination; 37 percent say they don’t know enough to have an opinion.

In July, it was 32 percent support, 26 percent oppose.

Tensions are High, Extremists are Expected to Attend. Here's What to Know About the Pro-Gun Rally in Richmond, Virginia
2020-01-18