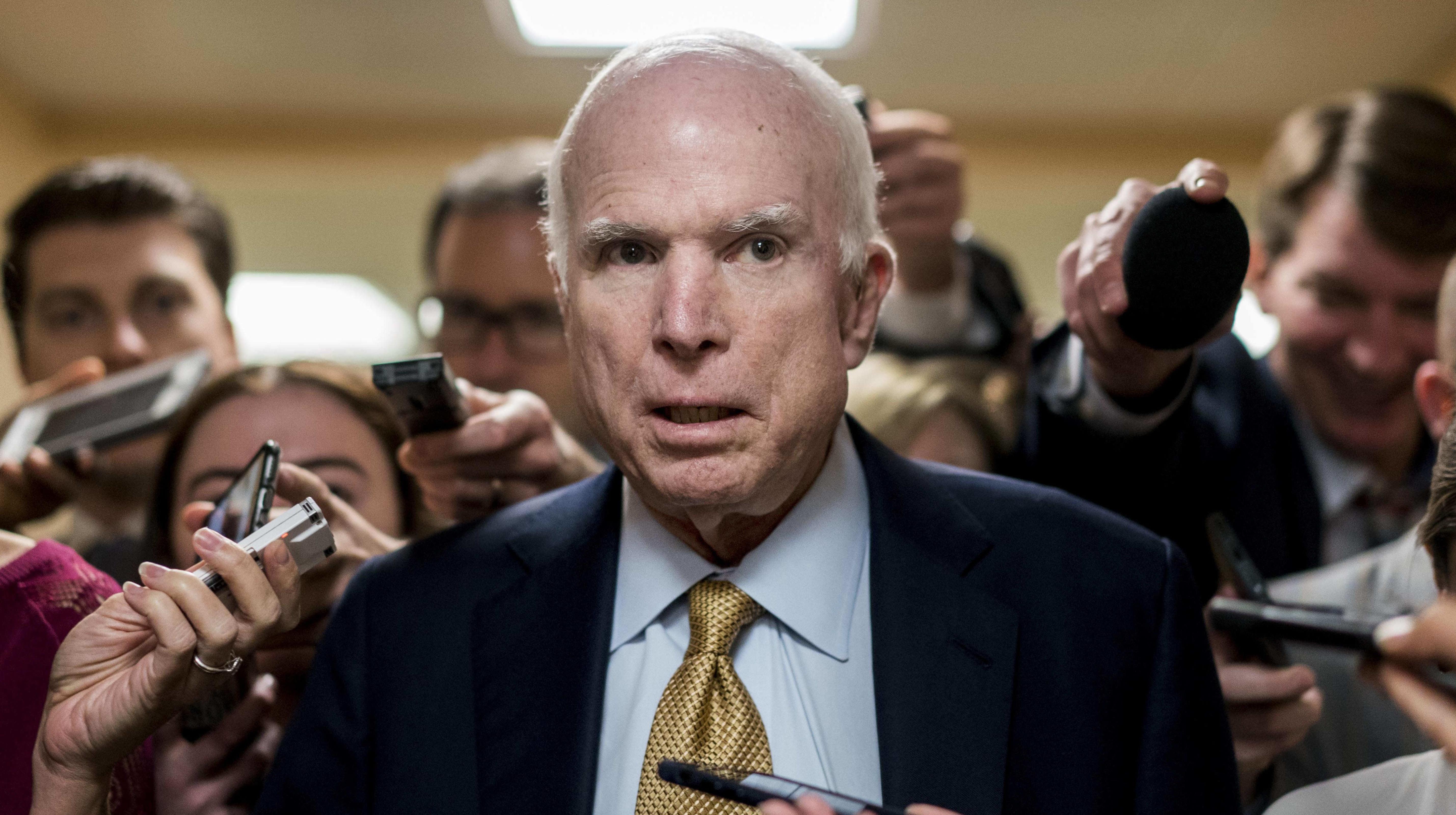 The decision comes more than a year after the 81-year-old senator made public his diagnosis of an aggressive form of glioblastoma. McCain’s prognosis was serious, his family recalled in a statement provided to HuffPost.

“In the year since, John has surpassed expectations for his survival,” the statement said. “But the progress of disease and the inexorable advance of age render their verdict. With his usual strength of will, he has now chosen to discontinue medical treatment.”

The senator has been treating the cancer primarily at the Mayo Clinic in his home state of Arizona. Doctors there confirmed the diagnosis last year after removing a blood clot above McCain’s left eye.

McCain’s family initially released an optimistic statement to say the senator was “in good spirits.” His doctors said in the following months that he was responding well to treatment.

“Our family is immensely grateful for the support and kindness of all his caregivers over the last year, and for the continuing outpouring of concern and affection from John’s many friends and associates, and the many thousands of people who are keeping him in their prayers,” the McCain family said. “God bless and thank you all.”

McCain has served in Congress for more than three decades after being elected to the House of Representatives in 1982. He became a senator in 1987 and has served as chairman of the Senate Commerce Committee and the Senate Armed Services Committee. Famously, he ran a presidential campaign in 2008 against Democratic candidate Barack Obama with then-Alaska Gov. Sarah Palin as his running mate.

Upon his return to Capitol Hill just days after receiving his diagnosis, the longtime senator received a standing ovation.

“I got very choked up,” McCain said of the moment in an interview on “60 Minutes.” “And then, of course, you know, all of them coming over and giving me a hug. It was deeply moving. I had never seen anything like that.”

He voted against President Donald Trump’s effort to repeal the Affordable Care Act with a dramatic thumbs-down gesture the president has since mocked at rallies. Several months later, in December, McCain was forced to miss a major vote on the Republican tax bill to undergo treatment in Arizona.

McCain told “60 Minutes” that he accepted his diagnosis by telling his family, “[W]e’re going to do what we can, get the best doctors we can find and do the best we can. And at the same time, celebrate with gratitude a life well-lived.”

My family is deeply appreciative of all the love and generosity you have shown us during this past year. Thank you for all your continued support and prayers. We could not have made it this far without you – you’ve given us strength to carry on. pic.twitter.com/KuAQSASoa7

In response to her father’s announcement on Friday, Meghan McCain expressed her appreciation for those who have supported him.

“Thank you for all your continued support and prayers. We could not have made it this far without you ― you’ve given us strength to carry on,” she wrote on Twitter.

“I love my husband with all of my heart. God bless everyone who has cared for my husband along this journey,” she wrote on her own Twitter page.

Kind words soon began pouring in from both sides of the political aisle.

Senate Majority Leader Mitch McConnell (R-Ky.) said he was sad to hear of the news, adding, “We are so fortunate to call him our friend and colleague.”

Former Secretary of State John Kerry wrote in a response to Meghan McCain, “God bless John McCain, his family, and all who love him — a brave man showing us once again what the words grace and grit really mean.”

Palin offered prayers, writing on Twitter, “May comfort and peace envelope them. May my friend sense appreciation for his inspiration to serve something greater than self.”