Investors returned to the hedge fund industry with net positive flows to start the second half of the year. So, all is well, right? Unfortunately, no. A well-below average proportion of funds have received inflows for a second consecutive month, and the most favored strategy of the first half of the year, macro, produced asset-weighted losses in-line with above average losses seen in February, which sets up a testy second half of 2018.

There are positives, however. Investors returned to equity strategies, with a heavy preference for market neutral, quantitative and sector-focused approaches. Commodity strategies are quietly getting new allocations, and even within emerging markets, where returns are falling precipitously with every rate hike and tariff tweet, certain managers are receiving new allocations as apparent awards for producing positive returns while their markets fall. 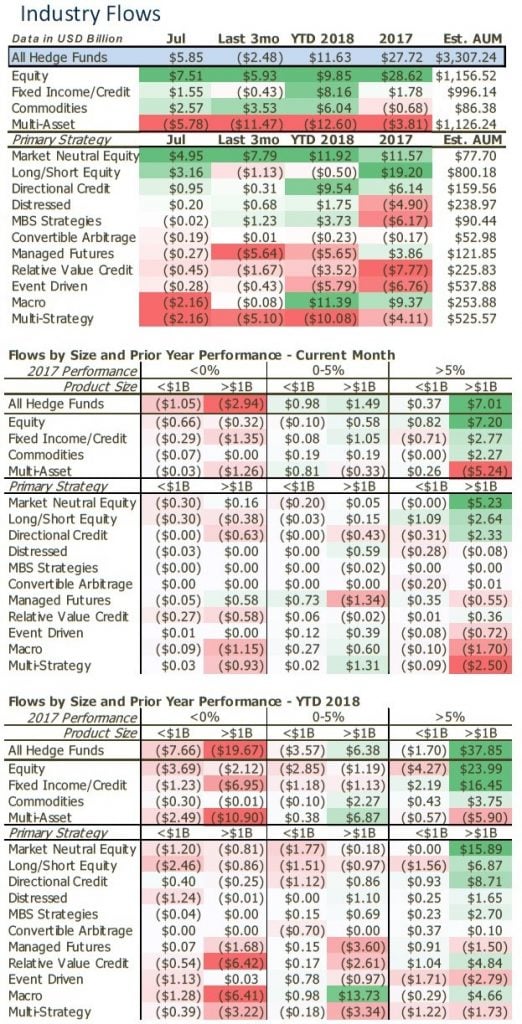 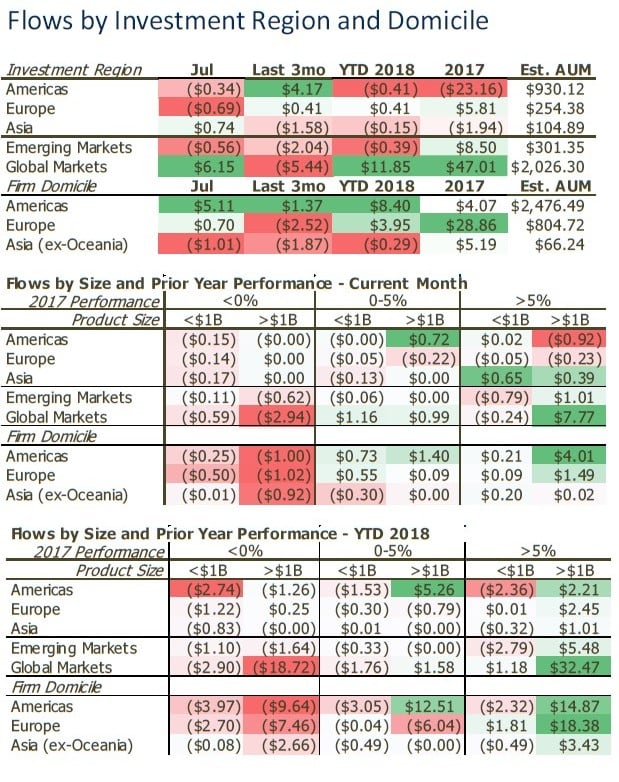