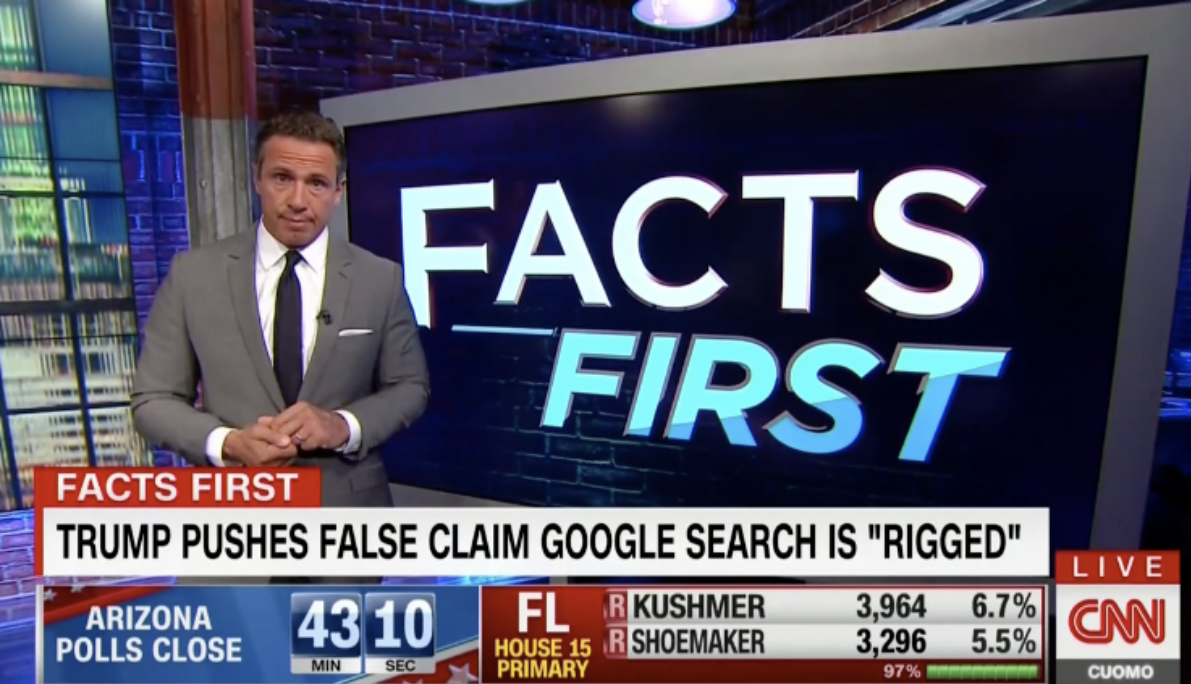 “It was on Fox [News] last night, and the president tweeted just this morning. What a coincidence. The charge is when you Google Trump, it shows, if you look for Trump news, it shows mostly negative results. Frankly I’d be more suspicious if the cache came back mostly positive,” Cuomo began.

“The basis for the Fox frenzy is a lone article from P.J. Media, a conservative website, but what a headline they put out. ‘96% of Google search results for Trump news are from liberal media outlets,’” he continued. “But if you read past that, the methodology, meh. The writer typed Trump news into Google on a bunch of computers and most of the results were negative. And as for the nasty bit about the sources, they’re dismissing CBS, Reuters and of course CNN as niche agenda drivers, which ironically is what P.J. Media is.”

Google denied the president’s accusations that it is censoring conservative news outlets in its search algorithm. (RELATED: Google Responds To Trump’s Accusation Of Conservative Censorship)

Cuomo concluded, “But I can tell you for free that this whole deal this morning was as much about distraction as it is about discovery of a pernicious practice by Google. This is what he does most. He finds something that can divide, that has a little bit of a fact gap, and then he exploits it to advantage. Once again, the facts just aren’t on his side.”