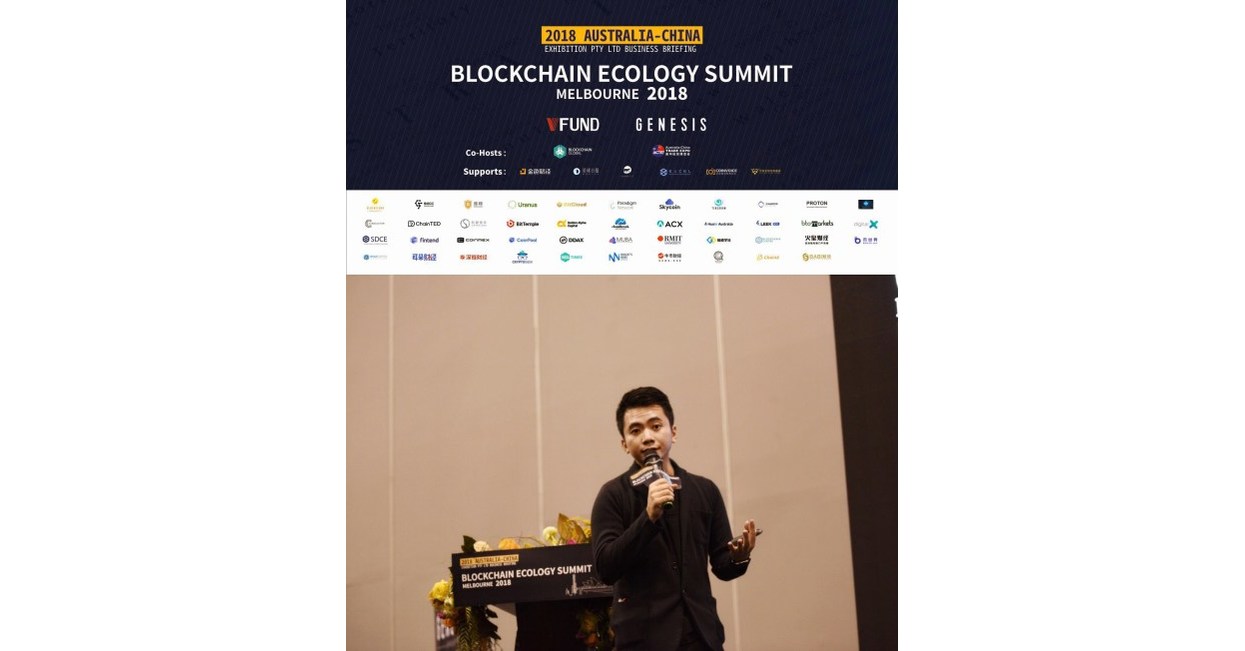 The Australia-China Economic and Trade Expo 2018 were co-sponsored and initiated by VFUND, Genesis Capital, Blockchain Global, ACTE. This summit had the principle of openness, sharing and communication and was aimed at in-depth discussion on the current status and application scenarios of blockchain. It conducted the practical feasibility of the blockchain project in the future and promoted the development of global blockchain technology. The summit invited 20 entrepreneurs, blockchain entrepreneurs and speakers from all over the world, more than 100 global investors and cryptocurrency experts, and nearly 500 elites from China, Australia and other countries.

Security Chain Ecological Development Officer Mingo shared the issue of traditional security in the blockchain. He mentioned that cybersecurity has always been a challenge for the Internet. With the birth of blockchain and development of blockchain technology, the security of the blockchain industry has become a new challenge. There are more incidents of attacks, and the commercial scale of the security industry is also growing at a high speed. The digital currency associated with blockchain technology has received great attention, and the security of digital currency has caused serious losses due to insufficient investment in offense and defense.

In response to the current traditional security issues, MINGO analyzed the problems:

This is also the original intention of the Security Chain. The team proposed a new model called decentralized secure network mode.

Mingo mentioned that security network in the future consists of security nodes in countries around the world. The characteristics of Security Chain are that anyone can participate in safe co-construction.

Since technical risks are inevitable, security people from all the world need to contribute efforts and the security of the public chain gradually receives more attention. A secure multi-chain system is required to constitute a secure chain, and global linkage and defense are jointed. This is also the innovation point of the Security Chain compared to the traditional security industry.

Security Chain builds a secure ecological circle consisting of security elites, top hackers and white hats in the world through blockchain technology and certification. It solves the problem of security attack and defense from the underlying structure and breaks the centralized security monopoly in the Internet era and allows everyone could contribute to the security forces. Security Chain is an indispensable support for major exchanges, wallets, and blockchain projects. The core community and founding R&D have set up projects sites in Beijing, Shanghai, Shenzhen, China, and Silicon Valley, Singapore, and Taipei.