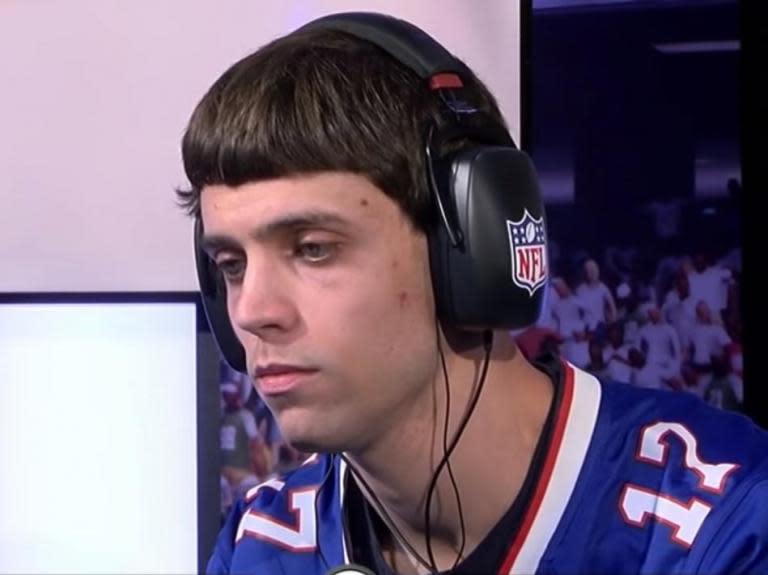 The Baltimore native was behind “the most exciting moment” of the 2017 series, according to the game’s publisher, pulling off an “unbelievable pass as time expired to be crowned Buffalo Bills Champion” in the New York tournament in April of that year.

The NFL team later posted an image to its Twitter account congratulating the gamer, while an announcer admitted there was “a lot of pressure on these young men” during the live-streamed events. “You have to give it up to Bread,” he added, using Mr Katz’s nickname.

The Madden series of games allows players to create a team of NFL players to take on the league. In competitions, both online and in person, gamers compete for cash prizes.

Commentators described Mr Katz as “a man of business”, and “very, very focused”.

Little more than a year later, the 24-year-old is accused of shooting dead two fellow gamers and wounding nine other people before turning the gun on himself at a tournament in Jacksonville, Florida.

Mr Katz’s body was found near those of the two victims, the sheriff added, saying he had taken his own life.

Mr Williams declined to discuss a potential motive for the attack, and investigators are keeping an open mind.

Unconfirmed reports suggested, however, that Mr Katz had been unsuccessful during the tournament. Witnesses said he had been eliminated, while others claimed he was disqualified, although why this may have happened is still unclear.

Police have not identified the victims, but family members told local TV station WJAX that the two people killed were Eli Clayton and Taylor Robertson, both fellow contestants.

T J Smith, chief spokesman for the Baltimore Police Department, said the force was assisting other agencies “with some information that has led authorities to Baltimore”.