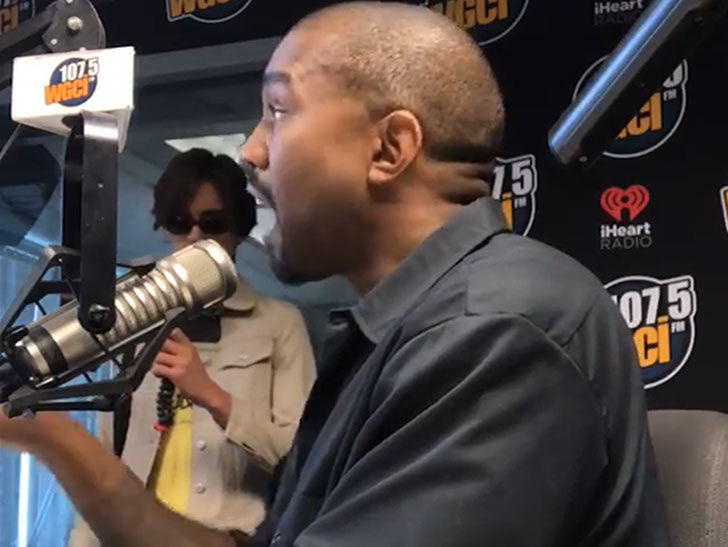 Kanye West has more to say about slavery being a choice, because he says he couldn’t get his full explanation out when he was on TMZ Live.

Ye was on Chicago radio station WGCI Wednesday, and elaborated on what he told us back in May … that 400 years of slavery sounds “like a choice to me.” The part he didn’t say to us involves his spirit and the spirits of Harriet Tubman and Nat Turner.

Now, Kanye admits up front, this is his “non-historical opinion,” but watch his perspective. Still seems like he’s saying more African slaves should have rebelled … which, let’s be honest, is what upset people the first time he said it.

He did apologize for how the slavery remark “made people feel.”

Just as a refresher … here’s exactly how it came out when Kanye was on TMZ Live.

On his way out of the radio station, he spoke to Chicago’s FOX32 … about why he’s back in Chicago, and also about liking President Trump.