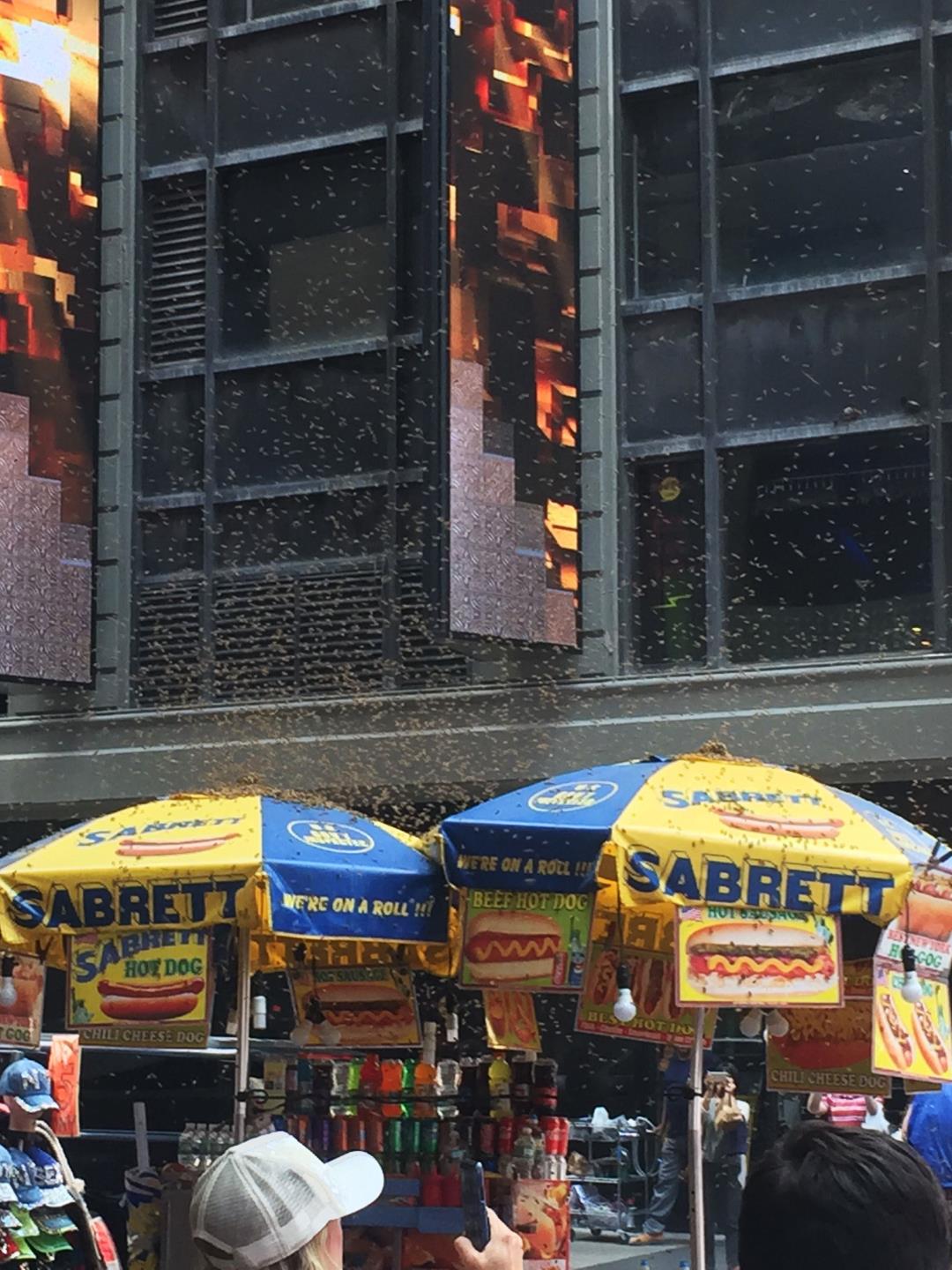 (Newser) – Some 20,000 bees swarmed a hot dog cart near Times Square in New York on Tuesday afternoon, the Guardian reports. But the real news may be that the NYPD has its own beekeeping team. And, per the New York Times, it gets a fair amount of action, with one officer—who yelled “bee good!” to a reporter—saying it’s the third bee swarm he’s seen in a year. As bystanders looked on (both in person and via a Reuters livestream), NYPD beekeeper Officer Michael Lauriano, dressed in appropriate attire, used a vacuum to remove the swarm, a procedure that took some 40 minutes and was finished up around 3pm, per the Guardian.

In a phenomenon known as an “absconded hive,” the bees were in search of a place to get out of the heat, Officer Darren Mays, NYPD’s other official beekeeper, tells CNN. “The hive got overcrowded because it was hot and humid and they just needed a new place to go so they can keep cool,” he says, adding that the captured bees are safe in a hive box and headed to an apiary on Long Island. No injuries were reported, authorities say. In any event, there was no true danger posed by the bees, “unless you’re anaphylactic,” Andrew Cote, a civilian beekeeper on the scene, tells the Guardian. And if you’re curious about how they came up with the estimate of 20,000 bees: “You have to count the legs and divide by six,” Cote says.