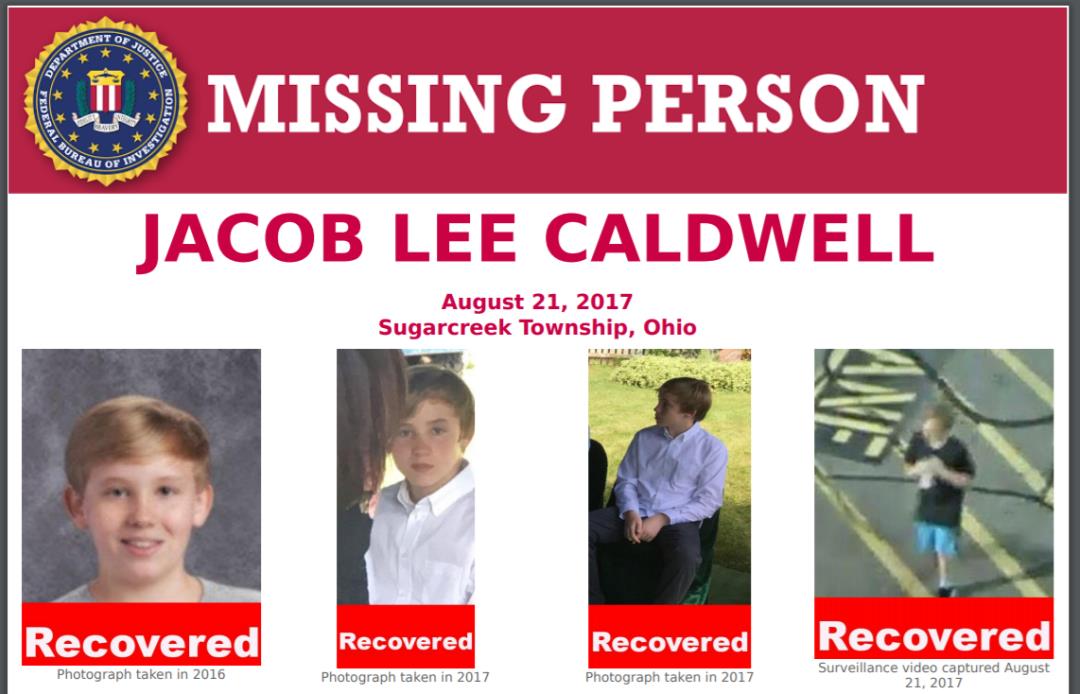 (Newser) – On Aug. 15, 2017, Jacob Caldwell, then 14, witnessed his father’s murder—then vanished six days later. More than a year later, the Ohio 15-year-old has been found alive, ABC News reports. Caldwell’s grandparents were given emergency temporary custody of the boy and his brothers after their father was fatally shot; his ex-wife, Jacob Caldwell’s mother, has been charged with the crime, as has her boyfriend. Jacob’s father had just won full custody of the children when he was killed. Jacob was last seen Aug. 21, 2017, in front of an Ohio Walmart; authorities believed he may have run away and met someone at the store for a pre-arranged pickup, WHIO reports. He was found about 40 miles away late Monday night after a tip came in to authorities earlier in the day.

He was found in the basement of a home where he had been living with four adults who are not related to him but are associated with his mother, police say; they got a search warrant after hearing he was soon to be moved. Charges could be filed against those adults or other family members, “whoever initiated him taking off that night,” police say. He was healthy when found and did not appear to be held against his will, NBC 5 reports, but police say he apparently spent the past year inside without schooling, watching TV and playing video games. He is currently in juvenile detention, being held on a previous warrant issued after he allegedly ran away from the home he was then living in with his dad and stepmother.