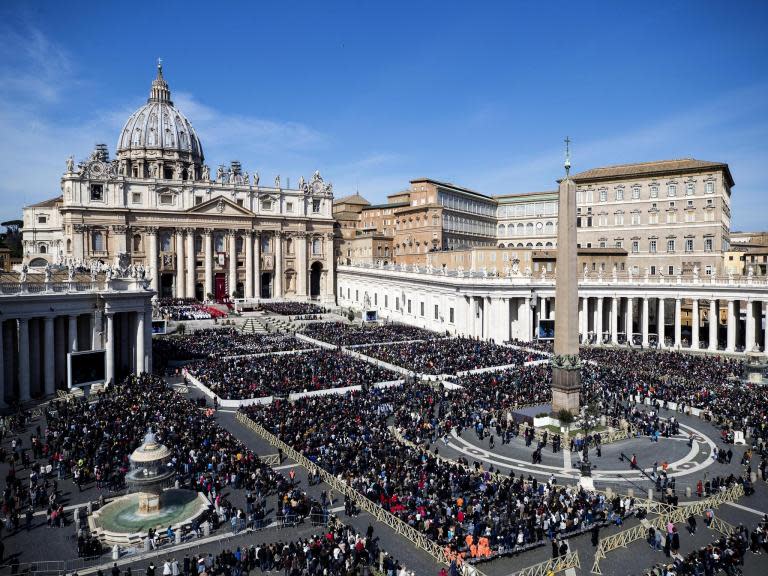 Pennsylvania’s attorney general has claimed to have evidence that the Vatican was aware of a systematic cover up for decades of sex abuse carried out by priests in the Catholic Church.

Josh Shapiro described the abuses dating back to 1947 found by a grand jury in an interview with NBC’s Today Show, including “a systematic cover up that went all the way to the Vatican”.

“I can’t specifically speak to Pope Francis,” the attorney general said Monday about whether or not the the pontiff was aware of the abuses. But, he said: “We have evidence that the Vatican had knowledge of a cover up.”

An estimated 300 Roman Catholic priests in Pennsylvania molested more than 1,000 children – and possibly many more – since the 1940s, according to a scathing Pennsylvania grand jury report that accused senior church officials, including the man who is now archbishop of Washington, DC, of systematically covering up complaints.

The “real number” of victimised children and abusive priests might be higher since some secret church records were lost and some victims never came forward, the grand jury said in the report, which is the largest of its kind in the United States.

US bishops adopted widespread reforms in 2002 when clergy abuse became a national crisis for the church, including stricter requirements for reporting accusations to law enforcement and a streamlined process for removing clerics. But the grand jury said more changes are needed.

“Despite some institutional reform, individual leaders of the church have largely escaped public accountability,” the grand jury wrote in the roughly 900-page report. “Priests were raping little boys and girls, and the men of God who were responsible for them not only did nothing; they hid it all.”

Meanwhile, Pope Francis faced a lukewarm reception and scattered protests on his trip to Ireland, with even his vow to rid the church of the “scourge” of sexual abuse and his outrage at those “repugnant crimes” dismissed as a disappointment by some of Ireland’s wounded victims.

But others who met with him in private left heartened that he would respond to their plight, including two of the thousands of children who were forcibly put up for adoption for the shame of having been born to unwed mothers. They said Francis described the corruption and cover up in the church as “caca” – which a Vatican translated for the English speakers as “filth as one sees in the toilet”.

The abuse scandal – which has exploded anew in the US but has convulsed Ireland since the 1990s with revelations of unfathomable violence and humiliation against women and children – took centre stage on the first day of the Pope’s two-day trip. The visit was originally intended to celebrate Catholic families.

Francis responded to the outcry by vowing to end sex abuse and cover up during a speech to Irish government authorities at Dublin Castle.

“The failure of ecclesiastical authorities – bishops, religious superiors, priests and others – to adequately address these repugnant crimes has rightly given rise to outrage, and remains a source of pain and shame for the Catholic community,” he told them. “I myself share these sentiments.”

He cited measures taken by his predecessor, Pope Benedict XVI, to respond to the crisis. But while Benedict is credited with cracking down on abusers, he never acknowledged the Vatican’s role in fuelling a culture of cover up or sanctioned bishops for failing to protect their flocks from predator priests.

Additional reporting by the AP