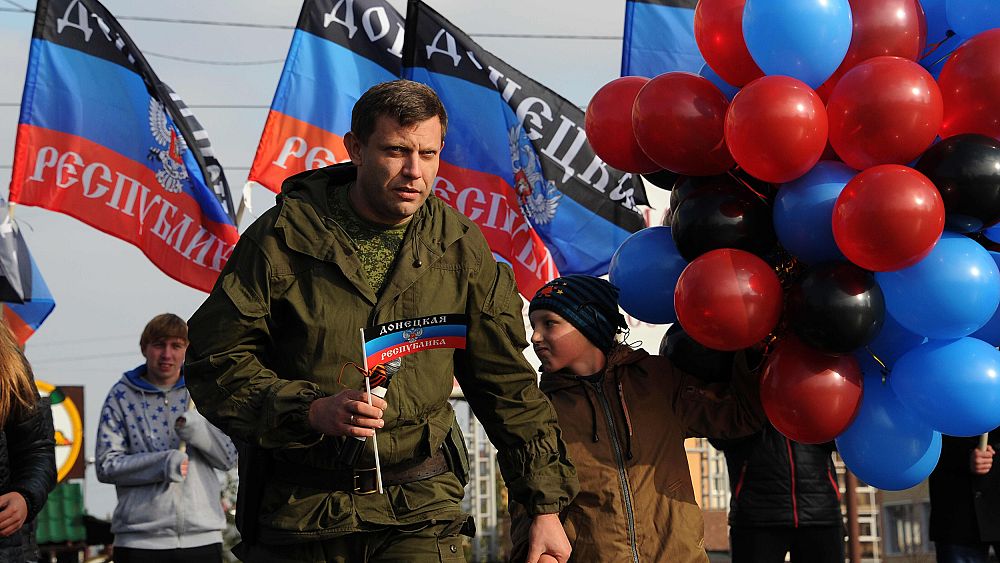 MOSCOW/KIEV — The leader of Russian-backed separatists in the Donetsk region in eastern Ukraine was killed on Friday in a blast at a cafe in Donetsk city, the separatist administration said.

Russia accused Ukraine of assassinating the separatist leader, Alexander Zakharchenko, to try to unleash a renewed war in eastern Ukraine, but Kiev said it had nothing to do with the blast and blamed separatist infighting.

Zakharchenko, who led the self-proclaimed Donetsk People’s Republic since 2014, “received injuries incompatible with life as a result of an explosion in the center of Donetsk,” the separatist administration said in a statement.

Russian-backed rebels threw off Ukrainian central rule in an armed uprising after pro-Western leaders opposed by Moscow came to power in the Ukrainian capital, Kiev, in 2014.

A shaky internationally-brokered ceasefire has been in force since 2015, halting large-scale fighting though there are still frequent outbreaks of shooting on the front line between the separatist and Ukrainian forces.

Zakharova said Zakharchenko’s death showed that Kiev had decided to engage in a “bloody fight” and had passed up on its promises of seeking peace.

In Kiev, a spokeswoman for the state Security Service, Yelena Gitlyanskaya, said the accusations emerging from Moscow about Ukraine’s involvement were untrue.

“According to our information, this was the result of internal fighting which is continuing for years already between the terrorists and their Russian sponsors,” she said.

Zakharchenko, a 42-year-old former coalmine electrician, became leader of the Donetsk Republic in November 2014. Other rebel leaders say he was handpicked for the role by Moscow. A vote held by separatists confirmed him in office.

Earlier this year, three sources who had led the original uprising in 2014 told Reuters that they expected that Zakharchenko would be pushed aside, with Moscow’s assistance, and that a new rebel leadership would take over.

A source close to the Donetsk separatist leadership, who spoke on condition of anonymity, told Reuters on Friday that Denis Pushilin, head of the rebel legislature, was likely to become caretaker leader of the region.

The separatist administration, in its statement, said the blast that killed Zakharchenko also injured the deputy prime minister of the self-proclaimed republic, Alexander Timofeyev.