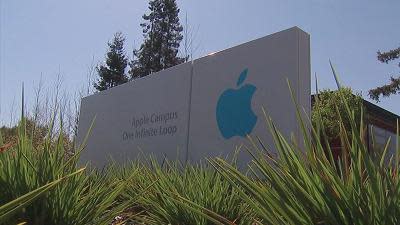 The accident during an autonomous driving test took place at 2:58 p.m. Pacific time on Aug. 24, in Santa Clara, near Apple’s headquarters in Cupertino. The vehicle was a Lexus RX450h (which Apple has used in its car research), according to the filing Apple employee Steve Kenner submitted to the California Department of Motor Vehicles.

“An Apple test vehicle in autonomous mode was rear-ended while preparing to merge onto Lawrence Expressway South from Kifer Road,” according to the report, which the DMV published on Friday. “The Apple test vehicle was traveling less than 1 mph waiting for a safe gap to complete the merge when a 2016 Nissan Leaf contacted the Apple test vehicle at approximately 15 mph. Both vehicles sustained damage and no injuries were reported by either party.”

Apple has been researching and testing self-driving cars, but its project has only come to light through occasional disclosures, not from the company itself. Alphabet GOOGL , meanwhile, has been more transparent about the autonomous car research going on at its Waymo arm.

On an earnings call last year Apple CEO Tim Cook said that Apple had a “large project” related to autonomy and involving artificial intelligence. “From our point of view, autonomy is sort of the mother of all AI projects,” Cook said .

In the past, Alphabet subsidiaries Waymo and Google have told the California DMV about 33 collisions involving their self-driving cars.