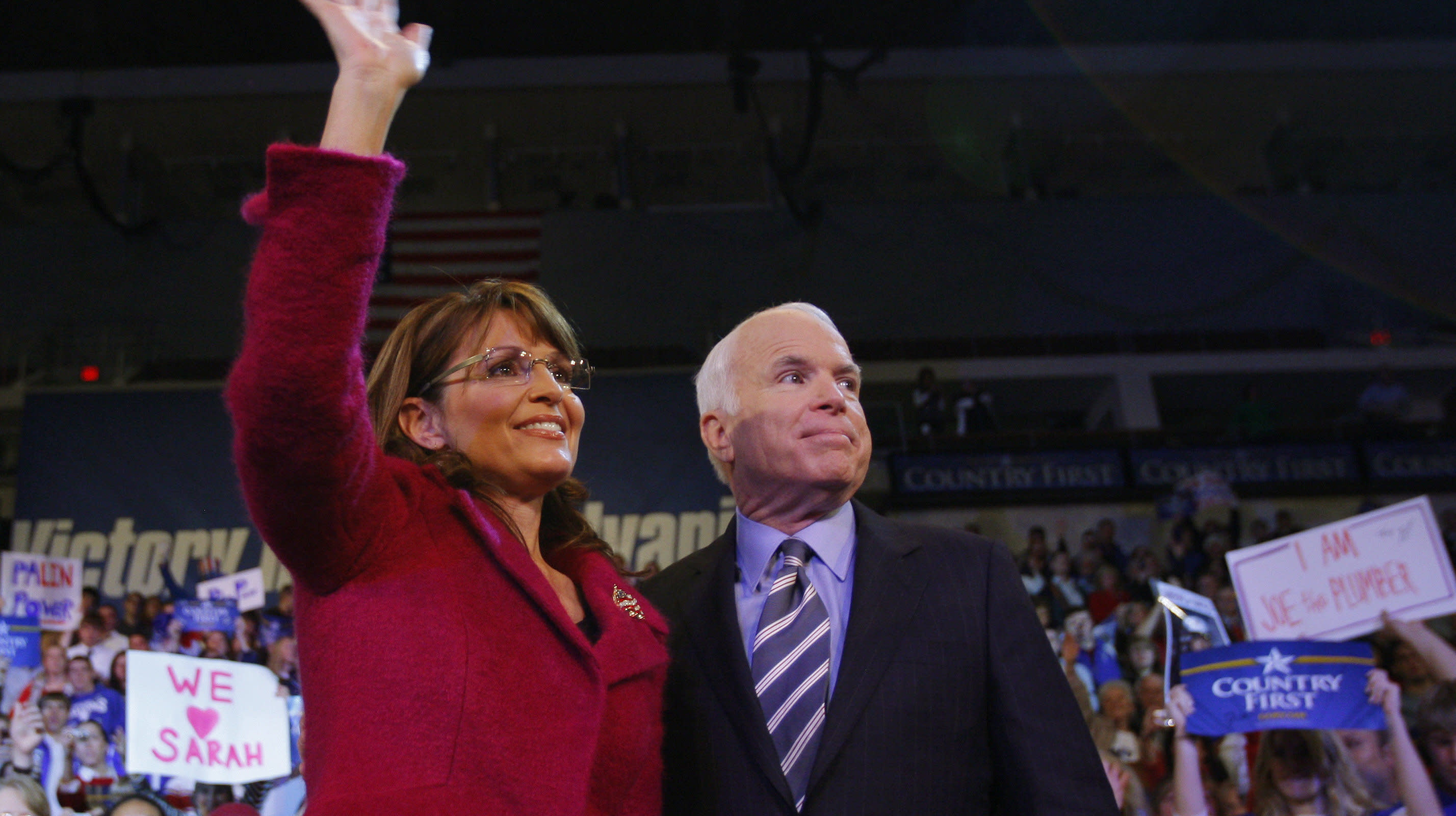 Sarah Palin, John McCain’s presidential running mate in 2008, has not been invited to the late senator’s funeral and memorial services, according to multiple reports.

Several sources, including Carla Eudy, a fundraiser and McCain family friend who helped plan the services, told People magazine on Wednesday that an invitation had “not [been] extended” to the former Alaska governor.

10 years ago today, @SenJohnMcCain named @SarahPalinUSA as his running mate. She is not expected to attend memorial. The McCain family has not commented on the invitation guest list.

A “Palin family source” told O’Donnell that “out of respect to Senator McCain and his family we have nothing to add at this point.”

“The Palin family will always cherish their friendship with the McCains and hold those memories dear,” the source added.

It’s not clear why Palin was not invited to the services.

As People noted, McCain had, in a documentary and book released in May, expressed regret for choosing Palin as his 2008 running mate instead of Joseph Lieberman, a former senator from Connecticut.

Reacting to the news, Palin told the UK’s Daily Mail that it felt like a “perpetual gut-punch” whenever she heard of McCain’s supposed second-thoughts.

She said, however, that she would not believe the comments unless she heard it firsthand from her former running mate.

“I attribute a lot of what we’re hearing and reading regarding McCain’s statements to his ghostwriter or ghostwriters,” Palin said, adding: “I don’t know unless I heard it from Sen. McCain myself.”

After news broke of McCain’s death on Saturday, Palin had nothing but praise for her late colleague:

Today we lost an American original. Sen. John McCain was a maverick and a fighter, never afraid to stand for his beliefs. John never took the easy path in life – and through sacrifice and suffering he inspired others to serve something greater than self.

John McCain was my friend. I will remember the good times. My family and I send prayers for Cindy and the McCain family.
– Sarah Palin and family pic.twitter.com/KRvcIQ99cA

Several dignitaries, including the two men who bested McCain in his two bids for president, have been invited to attend the late senator’s funeral and memorial services this week.

Former President Barack Obama, who beat McCain and Palin in 2008, will be speaking at the late senator’s funeral service at the National Cathedral in Washington, D.C. on Saturday. George W. Bush, who won the GOP presidential nomination in 2000 after a heated primary race against McCain, has also been invited to give a eulogy.

Palin, however, won’t be the only conspicuous absence at McCain’s funeral and memorial services. President Donald Trump has also not been invited to attend.