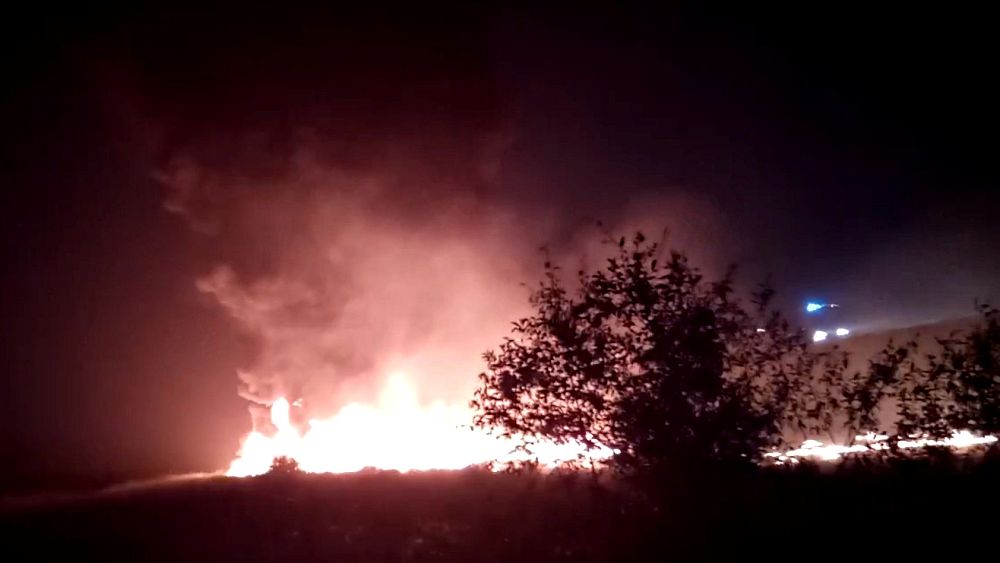 A plane skidded off the runway at Sochi’s airport and caught fire, an airport spokesperson told Russian news agency TASS on Saturday.
The aircraft, which was coming from Moscow, was carrying 164 passengers and six crew members.

All passengers were promptly evacuated but the Russian health ministry said in a statement that 18 people had suffered injuries, with six people hospitalised including two children.

According to the ministry, there are no casualties amidst the passengers.

The plane from the Russian airline UTair skidded off the airport’s runaway in the early hours of Saturday morning, breaking through a fence, and ending up in the bank of a river. In the course of the incident, the plane lost its landing gear, one of its wings and its left engine caught fire.

User-generated video shows the plane in flames from a distance.

The departure and arrival of about 20 flights were delayed because of the incident, said the spokesperson: “At the moment, 10 departures have been delayed and about the same number of arrivals.”