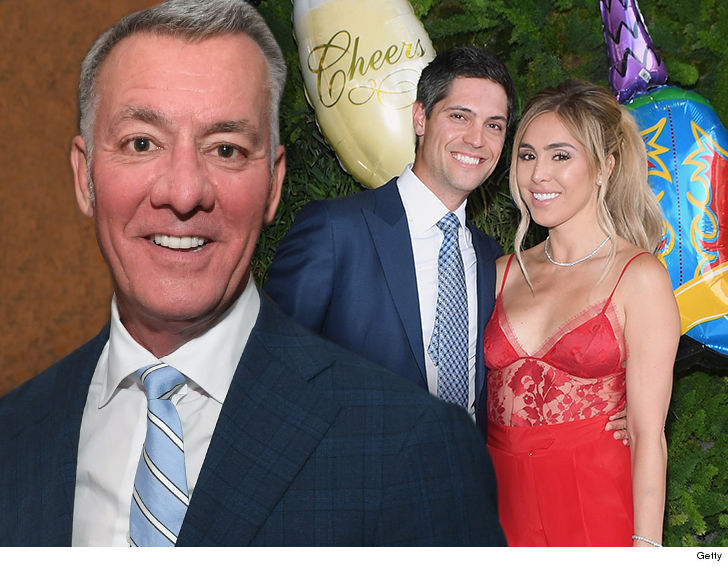 The UFC is the gift that keeps on giving, especially if you’re one of the guys who sold it for max profit … and later got some of the biggest names in music for your kid’s wedding.

Frank Fertitta‘s daughter, Kelley, got hitched this weekend in Vegas to her man, Tyler, in what turned out to be one hell of a shindig — ’cause they got guys like Bruno Mars, John Mayer and Seal to perform live. Needless to say … that can’t come cheap.

It all went down Saturday at the Red Rock Casino, with Bruno clearly being the biggest name on the bill. Based on video that was taken up close, it looks like he had close to a full band performing with him … and belted out a few songs as part of his set.

John Mayer’s performance appeared to be a bit more low-key and subtle (that’s kinda his thing) … but Seal’s time on the mic seemed to be the most intimate. He was on the dance floor singing to (and with, honestly) the crowd around him. Other notable guests of honor included EDM DJ Marshmello … and none other than the king of UFC himself, Dana White.

In case you weren’t familiar, Frank and his brother, Lorenzo, bought UFC back in 2001 for $2 million … and sold it just a couple years ago for a reported $4 BILLION. So yeah … the Fertatti family’s set for life. It’s no wonder they could snag such A-list talent — they’re freakin’ loaded!!

While it’s unclear who exactly footed the bill here for the star-studded lineup of artists … our money’s on Frank for this one. When dad’s on Forbes’ billionaire-list … it’s kind of a no-brainer.