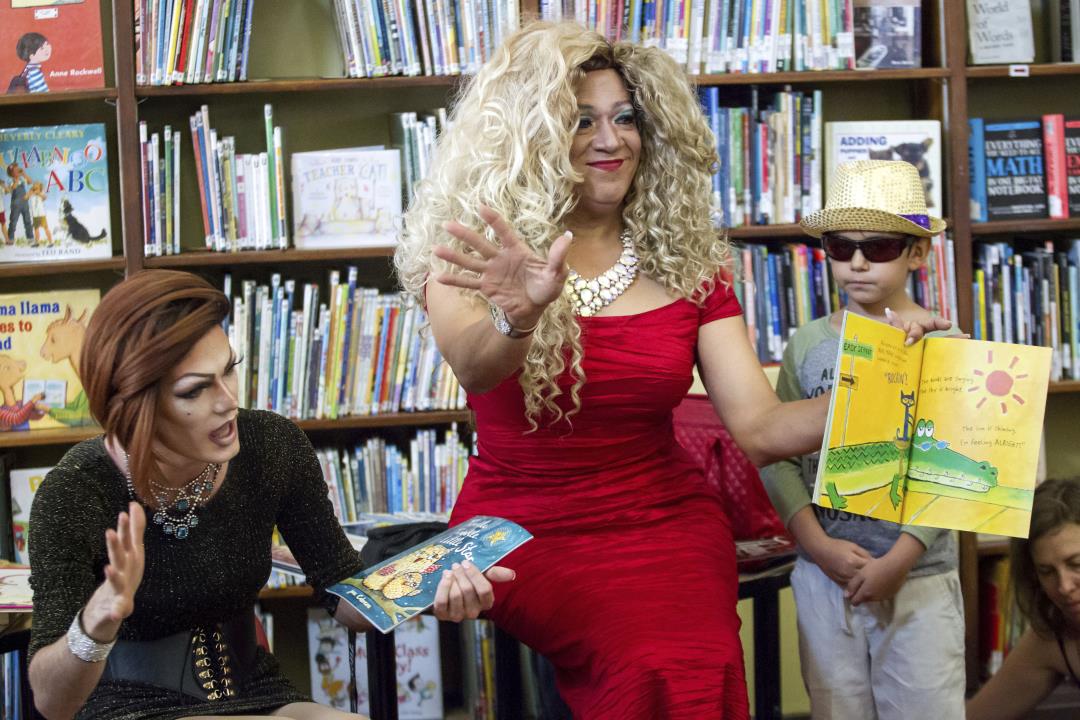 (Newser) – Once upon a time, in 2015, a writer in San Francisco named Michelle Tea got the idea for “Drag Queen Story Hour”: men in full drag reading children’s books to kids and parents in programs aimed at providing “positive and unabashedly queer role models.” Since then, Drag Queen Story Hours have been held at libraries or book stores in big cities nationwide where over-the-top hair, makeup and gowns and stories about gender fluidity aren’t exactly new. In some smaller communities, however, the programs have sparked protests from conservative and religious groups. In Lafayette, Louisiana, west of New Orleans, the president of the local public library board resigned amid debate over plans to hold “Drag Queen Story Hour.” Mayor Joel Robideaux has indicated he may seek to cancel the Oct. 6 program.

A handful of protesters showed up in the rain outside an August event at a library branch in Columbus, Georgia, according to the Ledger-Enquirer. A group called Common Sense Campaign Tea Party is calling for protests of an event in Mobile, Alabama where drag queen Khloe Kash is scheduled to read “Rainbow Fish,” a 1992 story about the value of sharing, and “Stella Brings the Family,” about a little girl fretting over what to do about her school’s upcoming Mother’s Day celebration because she has two fathers. “It’s growing all over the nation, including the South,” Jonathan Hamilt, a New Yorker who provides help in organizing the story hours nationwide, told the AP. He said there are DQSH chapters in 40 states and in other countries. “You never know how the community is going to react to the programing,” Hamilt said. “It’s kind of a toss-up.”

Iran's military knew it accidentally shot down a passenger plane moments after it happened, and a stunning new report details how it was covered up — even from Iran's president
2020-01-27